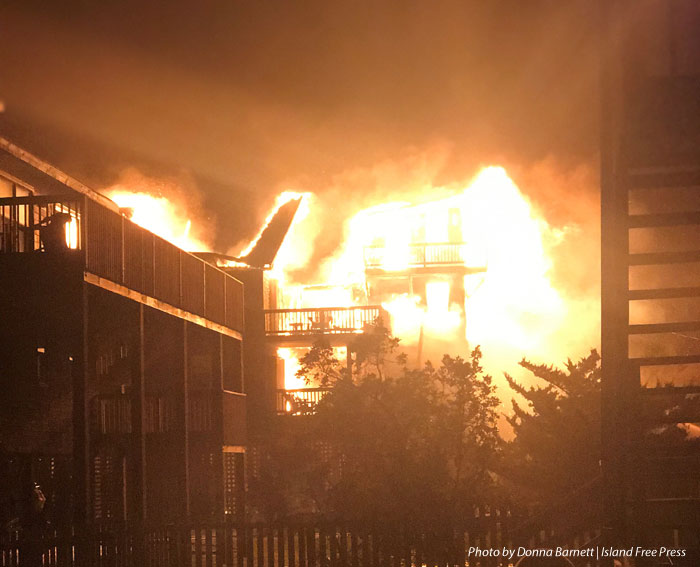 A fire is currently in progress as of 8 p.m. in Hatteras village near Smell Wreck Lane and Empire Gem Lane. Multiple Volunteer Fire Departments from Hatteras Island are responding to the scene.

Early reports state that the fire started at one home, and a second and possible third structure is involved. There is not yet a report on if any of the houses involved were occupied.

Winds are currently high, with sustained winds of 29 mph forecast for the rest of Friday night.

The Island Free Press will post updates as soon as they are available.

UPDATE: “Everybody went home, and everybody was safe,” said Kovacs. “And nobody was displaced for the holidays, which is even better.”