Officials said that members of the U.S. Coast Guard and their families were involved in an early morning fire in Buxton that injured two people, while four others were still missing Friday evening.

“With great sadness, I have confirmed that the family of one of our active duty members is currently unaccounted for,” said Capt. Matt Baer, Commander of Sector North Carolina. “Please keep them in your thoughts and prayers while we investigate this incident with local authorities.”

Volunteer fire departments from Buxton, Hatteras and Frisco responded shortly after 4 a.m. to the 46000 block of Cape Hatteras Lane after a caller reported that flames were visible at one home.

Dare County EMS was also dispatched to the scene and took two individuals to the Outer Banks Hospital in Nags Head for care.

A second alarm went out shortly after, and additional units responded to the scene.

Residents in the area state that they were awakened by an explosion at around 5 a.m., followed by some pops, before the fire progressed quickly. Firefighters were at the scene well into Friday afternoon working to extinguish hot spots.

“In addition to the individuals currently unaccounted for, three other Coast Guard members and their families were displaced by the fire,” Baer said. “They are currently in a safe shelter location.”

The fire happened in the Cottages at the Cape neighborhood, which was once part of military housing dating back to 1958 for Naval Facility Cape Hatteras.

The base and housing was transferred to the Coast Guard in March 1984, according to CottagesAtTheCape.com.

The Coast Guard rebuilt the housing in three phases from 1993 to 1995, before Hurricane Ophelia damaged utilities and underground services making part of the site uninhabitable.

That section is now in Cape Hatteras National Seashore and was recently converted into a parking area and beach access.

Cottages at the Cape is privately owned combination of one single family home and 22 duplexes that offer year-round housing for 15 families and weekly rental of an additional 30 units. 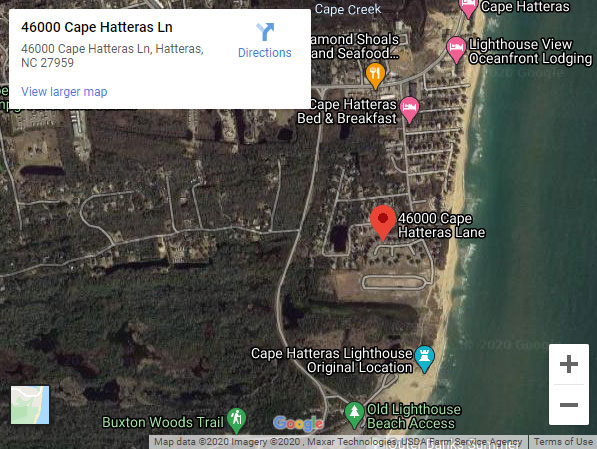 “Members trained in critical incident stress management are currently enroute to support those impacted by this tragedy,” Baer said. “We are also working with the Coast Guard Foundation and other organizations to further support our members and families during this difficult time,”

“The Coast Guard is a small organization,” Baer said. “This tragic incident impacts not only this family, crew and station, but various members, families and units throughout the Coast Guard.”

The Dare County Fire Marshal’s Office is currently in charge of the investigation.