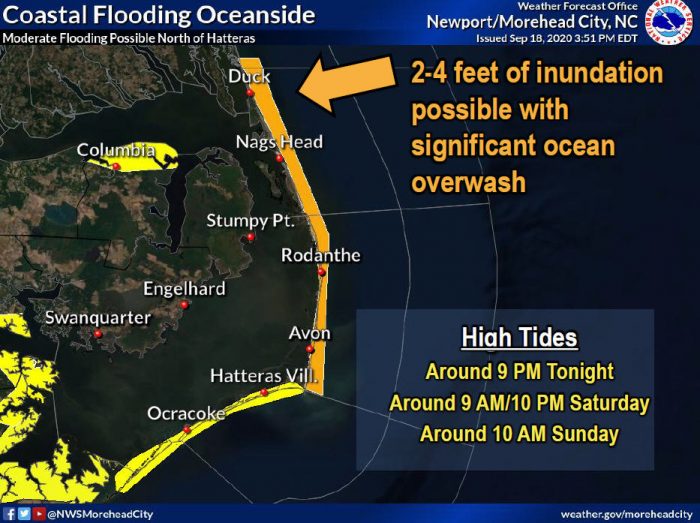 A Coastal Flood Warning has been issued for the Northern Outer Banks and Hatteras Island due to the expected impacts of Hurricane Teddy, per a Friday evening update from the National Weather Service Newport / Morehead City office.

High astronomical tides will bring the threat for minor to moderate coastal flooding around the time of each high tide this weekend into early next week. Combined with strong, long period swell from distant Hurricane Teddy, there will be an increased potential for significant beach erosion and dune overwash through the weekend.

Stronger winds through the weekend could bring more extensive coastal flooding impacts, especially for oceanside areas north of Cape Hatteras, and especially in hotspots that are prone to ocean overwash. This is expected to be a long duration event through multiple tide cycles, and at high tide, significant ocean overwash is expected, and beach erosion is also likely with 7 to 12-foot waves.

Travelers should note that N.C. Highway 12 could be impacted over the next several days, and especially in the following areas that are prone to ocean overwash:

Impacts will continue this weekend into early next week. The rip current risk is expected to remain elevated for all Hatteras and Ocracoke island beaches for the next several days as well. 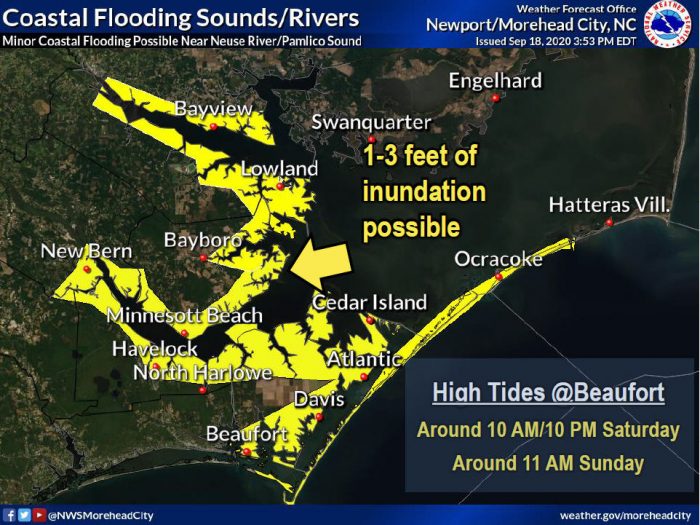 Soundside flooding is also a concern for the southern Outer Banks. Low lying areas adjacent to the Neuse River, southern Pamlico Sound, Ocracoke Island, and Beaufort may experience an inundation of 1 to 3 feet above normally dry ground.

For updated information regarding road conditions on N.C. Highway 12, follow the North Carolina Department of Transportation on Facebook at www.facebook.com/NCDOTNC12, on Twitter @NCDOT_NC12 or visit drivenc.gov. 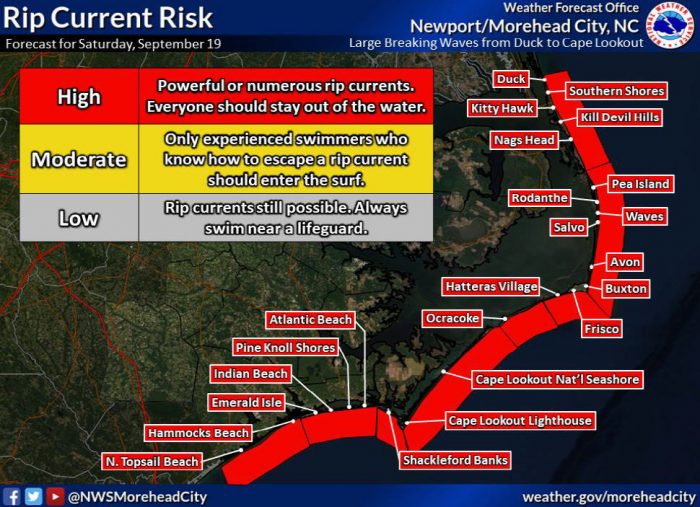