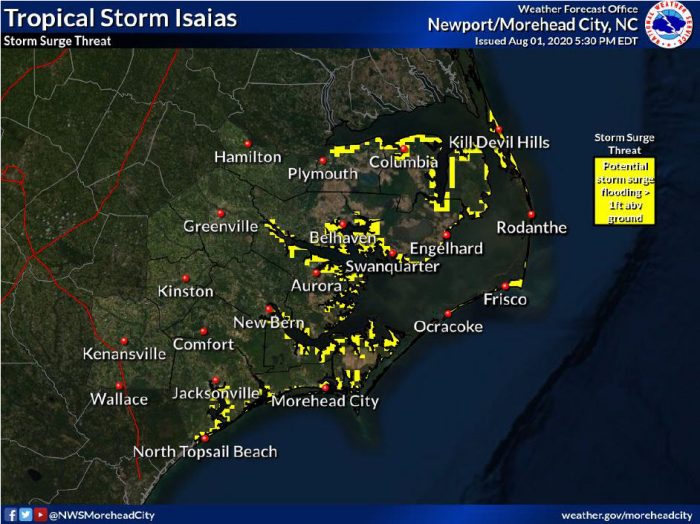 Increased swell along the Outer Banks was reported throughout the day on Saturday, (which brought out surfers in droves but kept swimmers out of the rough waters), and more substantial impacts from Isaias, including high winds and potential coastal flooding, will likely affect the N.C. coastline starting on Monday, per a Saturday evening update from the National Weather Service (NWS) Newport / Morehead City Office.

Soundside storm surge and / or oceanfront erosion is a possibility for both Hatteras and Ocracoke islands, but it is still too early to determine specific impacts. If storm surge and coastal flooding becomes an issue, it will likely occur from Monday evening through Tuesday morning.

Rough surf and rip currents were reported throughout Saturday, and the rip current risk will likely remain high through early next week. There is also the potential for dangerous marine conditions, which will linger through Tuesday.

The threat for high winds continues to increase, and there is the potential for tropical-storm-force-winds occurring from Monday evening through Tuesday morning. Downed trees and power outages are possible throughout eastern North Carolina.

As of 5:00 p.m. on Saturday, Isaias was located about 115 miles southeast of Fort Lauderdale, Florida, with maximum sustained winds of 70 mph, and the storm was moving northwest at 10 mph.

Maximum sustained winds decreased to near 70 mph on Saturday with higher gusts, but some re-strengthening is likely, and Isaias is expected to regain hurricane strength tonight. Slow weakening is expected to occur Sunday night, and will continue through Monday.

Tropical-storm-force winds currently extend outward up to 105 miles from the center of the storm. 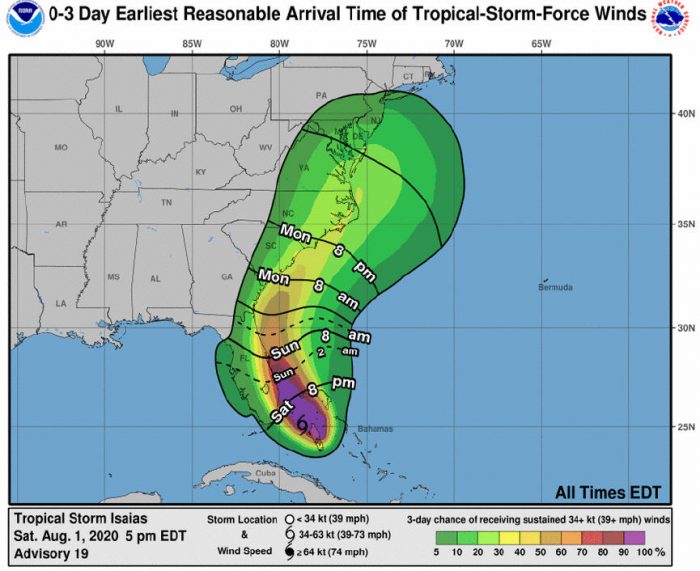 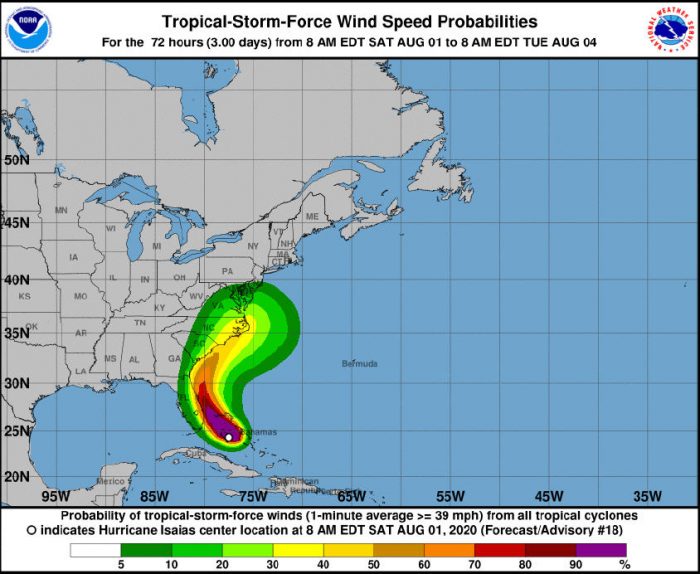 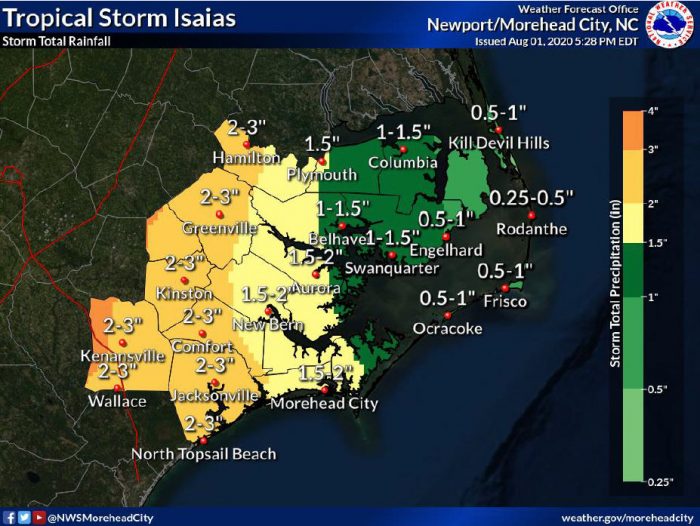 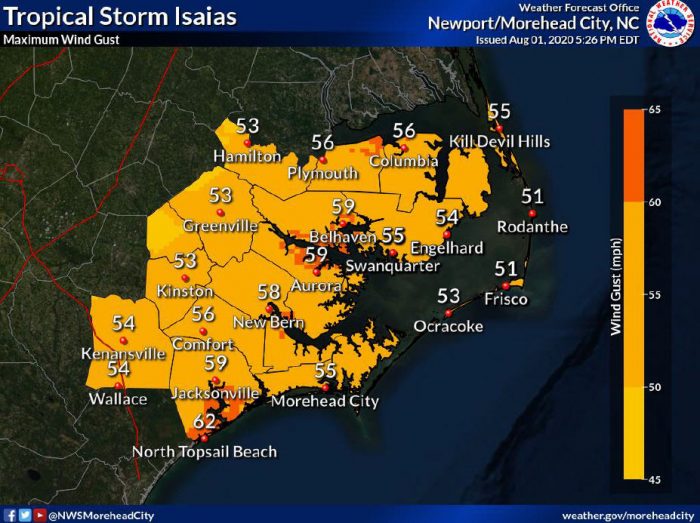 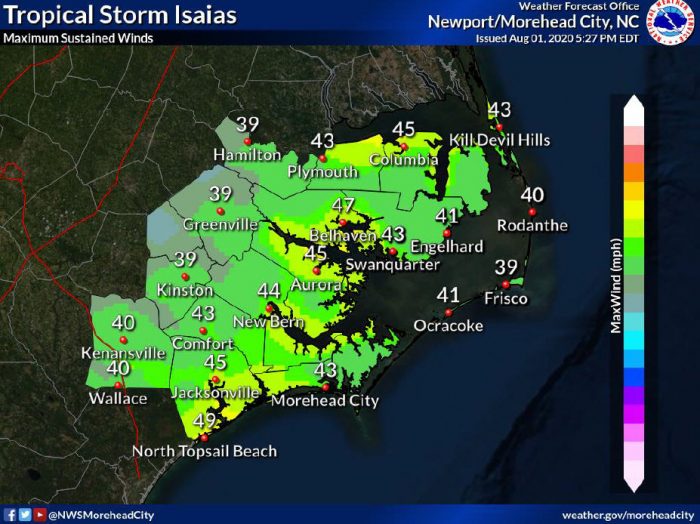