Dare County residents should not see any tax increases in 2020 if the Board of Commissioners adopts the $168.8 million budget proposed by County Manager Bobby Outten at Monday night’s meeting.

Outten’s proposed budget includes $108 million for the 2019-2020 fiscal year’s General Fund and just under $68 million for other expenses, including $21 million for capital investments, $12.6 million in beach nourishment expenses, and $5.8 million for inlet maintenance.

This budget marks the first year the capital investment budget has been separated from the general fund budget, necessitating some adjustments to compare the 2020 budget with the prior year.

After those adjustments, the new budget proposal represents a 1.95% increase in the General Fund budget and a 2.16% Total Budget increase.

The next steps will include a budget workshop by the board, then a public hearing, currently scheduled for the June 3 meeting.

The board also approved a proposed $15 million loan agreement between Dare County and EJE Dredging Service and EJE Recycling Disposal to construct a dredge to be used primarily in Dare County waters. The $15 million is being provided by the State of North Carolina from allocations made in the state’s budget passed last year.

The first was not an agenda item and concerned a controversial application for an oyster farming lease in the sound just offshore of the Wind Over Waves subdivision in the Hatteras Island village of Waves.

Hatteras Island resident Ryan Gentry has applied to the state’s Division of Marine Fisheries for an oyster bed lease 80 to 100 feet offshore of the Wind Over Waves subdivision. Gentry’s proposed oyster beds include using bags in shallow waters to breed the oysters.

Opponents of the application said the oyster bed would pose a hazard to long-standing pre-existing uses of the area by kiteboarders, windsurfers and jet ski users, among others.

At the May 7 board meeting opponents of the application asked the board to pass a resolution to be forwarded to the North Carolina Division of Marine Fisheries stating their opposition to the application.

The resolution passed, but Chairman Bob Woodard said that after receiving more information from the applicant, including a request that he be allowed to address the board and the complaints of opponents, he asked NCDMF to set aside the Dare resolution until the May 21 board meeting to allow the board to consider any new information that might be presented. 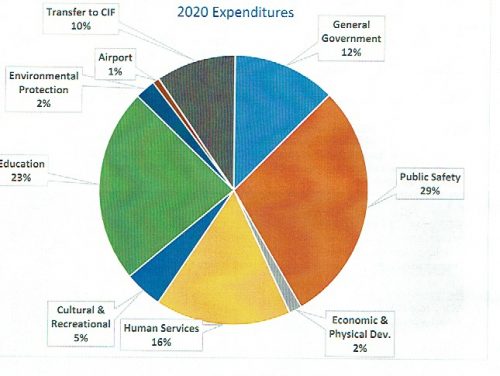 That move prompted more than a dozen opponents of the application to speak at the public comment period, including two attorneys representing opponents residing in the Wind Over Waves subdivision, Jeff Malarney and Crouse Gray. Trip Foreman, co-founder of REAL Watersports in Waves and numerous other kiteboarding enthusiasts spoke against the application.

The board did not vote again on the issue so their prior resolution sent to NCDMF stands as is.

Commissioner Danny Couch, who represents Hatteras Island, expressed support for the applicant, stating he was casting a vote “for the people,” making reference to the local watermen who preceded the new developments on the island and were being squeezed out of their livelihood as conflicts arise between new and traditional uses of the waters surrounding Hatteras Island.

The most contentious part of the meeting came during a request by Commercial Ready Mix Products to amend a use permit governing the hours of operations of a temporary concrete plant in Waves. The plant supplies concrete for construction of the “jughandle” bridge that will run from the southern border of Pea lsland National Wildlife Refuge to the village of Rodanthe.

Edward Holmes, an engineer and senior project manager of the bridge project, spoke to the board to request the hours of operation for the concrete plant in Waves be expanded from 8 a.m. to 5 p.m. daily to 3 a.m to 5 p.m. on “any three days of the week.”

Holmes, who works for Flatiron Construction company, said the request would allow Flatiron to build a long-lasting bridge by being able to pour concrete in the early morning hours, when cooler temperatures allow the concrete to cure more efficiently.

He held out the carrot that allowing the change might extend the time needed to resurface and repair the deck from 10 to 15 years to as far out as 20 to 30 years.

Holmes presented over 30 slides explaining the science behind the request. A noise expert presented findings showing the early morning operations would be no louder than normal street traffic on a “light” day.

Board members, particularly Woodward, repeatedly asked Holmes why the company bid on and signed a contract for the project knowing the approved hours for the plant without raising the issue of a higher quality bridge at the time.

Woodard was also frustrated by Holmes lack of possible alternatives, including moving the portable Waves plant closer to the job site, where there is far less residential and vacation rental activity as well as the use of other technologies to retard the curing time of the concrete, allowing for daytime pours, and bringing in an expert in a specialized technology used on the west coast in warm climate areas.

At one point the exchange between Woodard and Holmes became testy, with the chairman repeatedly asking the engineer, “Did you do your homework when you submitted the bid?” and exclaiming “You didn’t answer the question” several times as Holmes tried to explain why they were coming before the board at this late date.

Other board members were equally skeptical and expressed the hope some compromise could be met. Because it was a “quasi-judicial” hearing, Bobby Outten, who functions as the county manager and county attorney, warned the board it could not offer specific compromise suggestions at this meeting.

Once again, about a dozen speakers were then sworn in, many of whom spoke earlier concerning the oyster bed and expressed concerns about the noise affecting sleep patterns and having an adverse effect on tourism in nearby rental homes, campgrounds and REAL Watersports condos within earshot of the concrete plant.

The board voted unanimously to reject the CUP amendment but appeared to leave the door open to alternatives if CRMP were to bring them forward.