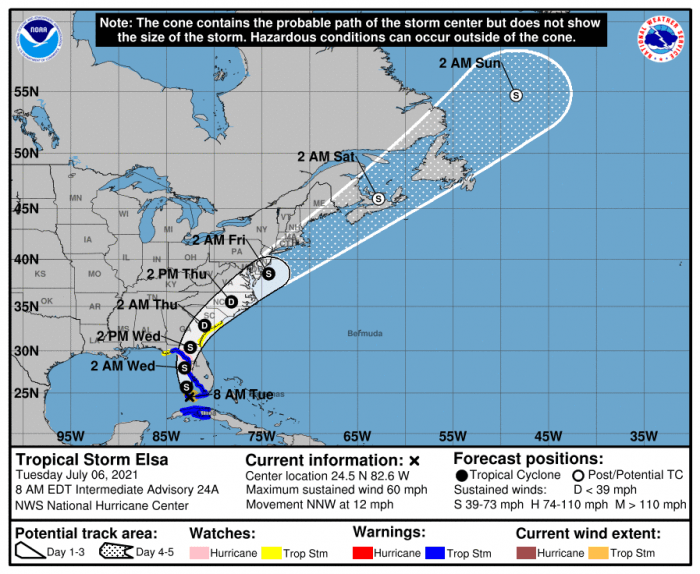 Tropical Storm Elsa is expected to weaken to a depression as it approaches and moves through central and eastern North Carolina later this week, however, the Outer Banks may still experience impacts from the storm on Thursday and Thursday evening, per a recent update from the National Weather Service Newport / Morehead City office.

Heavy rains with localized flash flooding is possible on Thursday, with up to several inches of rain in heavier downpours.  Isolated severe thunderstorms including a few tornadoes are also possible, and gusty winds up to tropical storm strength (39 mph) may occur. Also, high surf and dangerous rip currents will be a threat that will likely linger after the storm passes on Thursday night.

As of 8:00 a.m. on Tuesday, Elsa was located approximately 90 miles west of Key West, Florida, with maximum sustained winds of 60 mph. Elsa is moving toward the north-northwest near 12 mph (19 km/h) and this general motion is expected to continue today, followed by a turn toward the north by tonight.

On the forecast track, Elsa will continue to pass near the Florida Keys this morning, and move near or over portions of the west coast of Florida later today through tonight. On Wednesday morning, Elsa is forecast to make landfall along the north Florida Gulf coast and then move northeastward across the southeastern United States through Thursday.

Residents and visitors are urged to pay close attention to the forecast over the coming days, and to review their hurricane plans and supplies as the 2021 hurricane season begins. For more information on the local forecast, visit www.weather.gov/mhx for general weather information, or the National Weather Service office in Newport / Morehead City’s Facebook page at https://www.facebook.com/NWSMoreheadCity/. 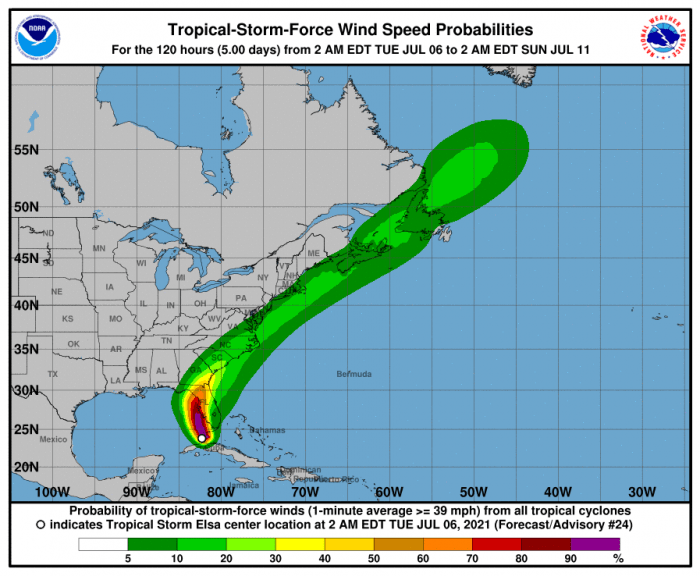 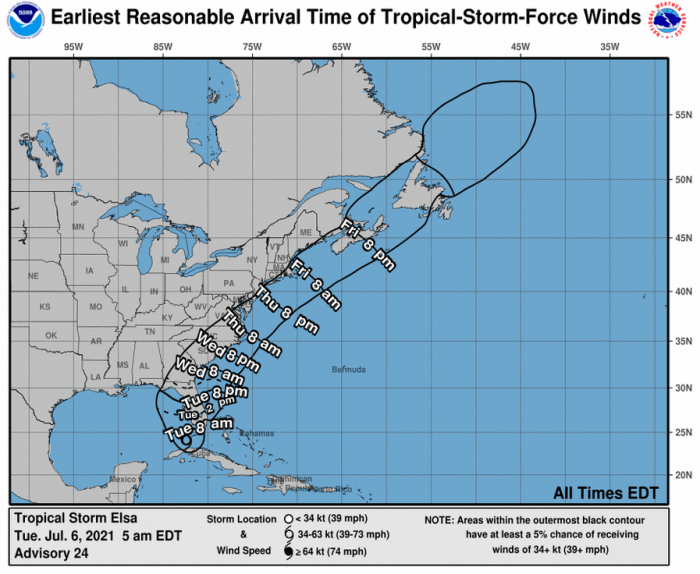