Tideland Electric Cooperative plans to begin work next month to install nearly 10,000 feet of additional submarine cable to Ocracoke due to rapid erosion of the south end of Hatteras Island.

Tideland Electric’s “Pole Road” at Off Road Vehicle Ramp 55 on Hatteras is home to the cooperative’s poles and lines that connect Tideland’s delivery point at Cape Hatteras Electric Cooperative’s Hatteras substation to the existing submarine cable to Ocracoke.

Since Hurricane Isabel in 2003, this section of shoreline has eroded 1.5 miles, Tideland said in a post on its website. “The rate of erosion significantly increased after 2012’s Hurricane Sandy,” the cooperative reported.

In 2015, Tideland began the process of seeking a special use permit from the National Park Service in anticipation of an eventual mitigation project.

“The time has come to implement those plans,” the cooperative said.In early 2020, construction crews will begin installation of a 9,700-foot submarine cable starting at the Graveyard of the Atlantic Museum. It will be spliced into the existing 20,450 feet of submarine cable that crosses Hatteras Inlet. Depending upon weather and other conditions the construction project will last between one and three months.

There will be a lot of cable to splice once the project is underway, a delicate job that some may remember from the July 2017 blackout on Hatteras Island due to cut power lines.

“Not only will crews have to splice each of the three electric lines, they’ll be tasked with splicing the fiber optic cable as well that resides within the armored cable. That portion of the job alone is expected to take between 24 and 48 hours,” Tideland Cooperative said.

The connections will be made inside a splice box, which will then be filled with a composite material to guard against water intrusion.

“Thus far, the splice boxes on either end of the existing submarine cable have been problem-free and are now nearing their twentieth year of service.” 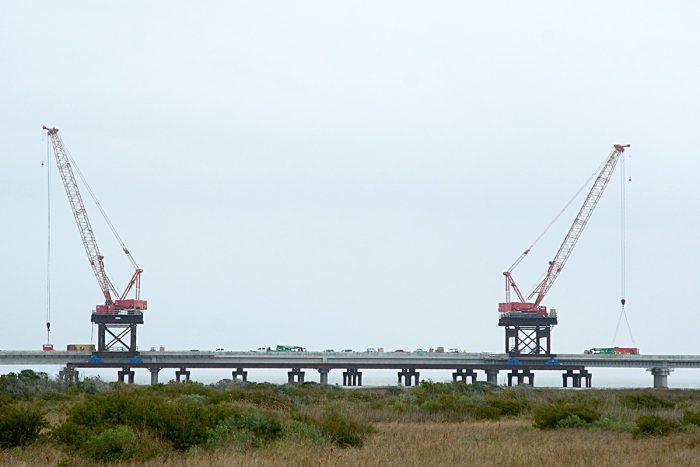