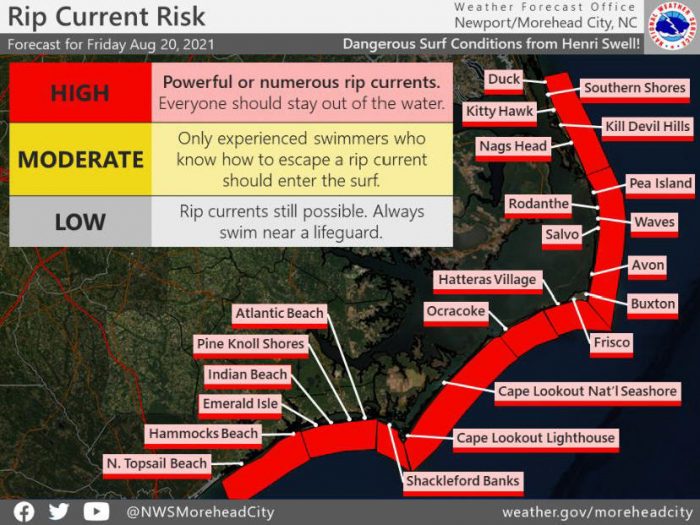 Henri is expected to become a hurricane today, but will remain well offshore as it heads up the East Coast. Dangerous rip currents and hazardous swimming conditions are expected along all Outer Banks beaches, and the public is advised to stay out of the ocean.

Showers and thunderstorms could also bring heavy rainfall today, with the potential for localized flooding of low-lying and poor drainage areas.

Maximum sustained winds are near 65 mph (100 km/h) with higher gusts. Strengthening is forecast during the next few days, and Henri is expected to become a hurricane by Saturday.

For more information, visit weather.gov/morehead city for your local forecast, weather.gov/mhx/tropical for the latest on Henri, and weather.gov/beach/mhx for the rip current forecast. 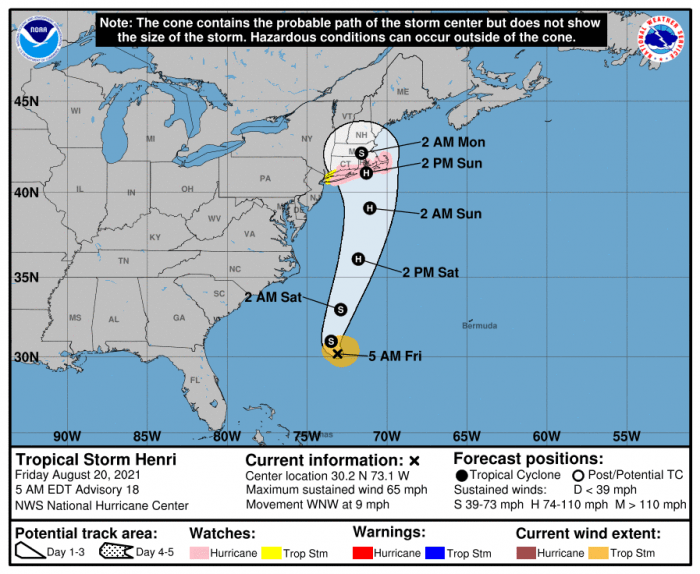