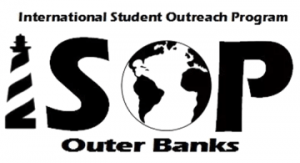 As the summer season officially kicks off on Memorial Day weekend, the Outer Banks is still missing a key element of what makes its workforce tick – the more than 1,700 students that typically descend on the Outer Banks each summer to work as part of the U.S Department J-1 Visa Summer Work Travel Program.

With many local employers already dealing with the prospect of a short-handed summer when it comes to workers, the likelihood that relatively few J-1 students will make it here is another complicating factor. Clay Lewis, who works at an agency that places those students on the Outer Banks, acknowledges it is difficult to estimate how many will ultimately get here, but he points to hold-ups in the process. Jamie Banjak, chair of the Outer Banks International Student Outreach Program (ISOP), said she would consider it a success if 300 J-1 students managed to make it here this summer.

Officials who work closely with the program estimate that currently, there are only a few dozen such students working on the Outer Banks. As of May 3, there were 792 international students who have been placed with a host employer here, but only 125 of those students have been given visas.

Delays due to the COVID-19 pandemic, as well as continuing travel restrictions in some countries, have created a backlog of student interviews at U.S. embassies overseas, slowing up the process of getting students to the U.S. for the summer.

“As of today, I would assume a portion of those 125 with visas issued would have also arrived and more participants may have received visas,” said Lewis, the Employer & Community Engagement Manger at the New York-based Interexchange agency.

Lewis noted that it is difficult to estimate how many of the remaining 792 students will be able to get visas. “But we have seen visa appointment slots starting to open up in a few additional countries and at an increasing pace,” he added. “That being said, there are still many U.S. Consulates in key sending countries that have not been processing J-1 nonimmigrant visas or have been doing so in a limited fashion — and this will continue to impact the overall numbers of students who can arrive to the Outer Banks.”

ISOP Chair Banjak said that the number of J-1 students here or in the pipeline is better than what was expected considering the COVID-related delays abroad, but that the numbers are still very low.

“Where are we going to put 125 kids?” she asked. “If you don’t have a bed for them, none of this matters. They will be [rerouted] to places like Tennessee, Wisconsin and other areas where they have implemented workforce housing. If that visa is issued, there has to be available, affordable and suitable housing before a sponsor allows them to come to the Outer Banks.”