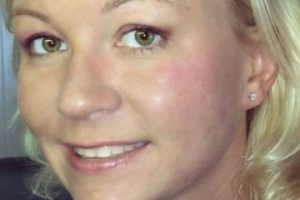 No trial date yet for defendant Jay Tolson

The case against John (Jay) Tolson — the man accused of killing Kitty Hawk resident LeeAnn Fletcher in her home in July of last year — has been continued again, this time until Oct. 25.

There had been some expectation that a trial date for Tolson would be selected at today’s scheduled Aug. 30 court appearance. But according to a close relative of LeeAnn Fletcher who attended the session in the Dare County Courthouse, the nearly two-month delay was announced along with the information that Tolson was sick.

By the Voice’s count, this marks the fourth time since early March that the case, for various reasons, has been continued.

Tolson was arrested in Maine back in October 2020, about three months after Fletcher was found unresponsive in her Kitty Hawk home on July 22, 2020. She died three days later.

That arrest came shortly after a long-awaited autopsy report from the Virginia Medical Examiner’s office determined her cause of death to be “complications of blunt force trauma to the head with hepatic cirrhosis with clinical hepatic failure contributing.”

The arrest also came after an impassioned and aggressive campaign by LeeAnn’s friends and family — spearheaded by her first cousin and close friend, Trisha Cahoon — to keep the case prominent in the public eye, largely through the use of social media. Those supporters expressed the belief that Tolson was the perpetrator and also used the campaign to air their concerns that local law enforcement was not adequately and thoroughly investigating the case.