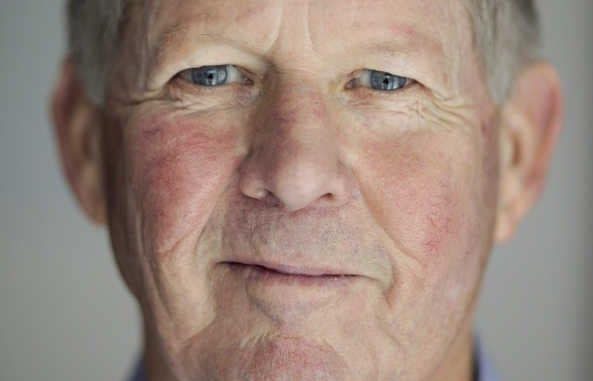 Marc Basnight, the dean of politics in Dare County and North Carolina for decades, passed away Monday at age 73.

Born in Manteo and graduate of Manteo High School in 1966, Basnight served as chairman of the Dare County Tourism Bureau from 1974 to 1976, before being named to the North Carolina Board of Transportation in 1977 by then-Gov. Jim Hunt.

Basnight was first elected to the North Carolina State Senate in 1984 and represented the First District until he stepped down due to health issues in 2011 that was later diagnosed as a form of ALS, Lou Gherig’s Disease.

He served as the Senate President Pro Tempore from 1993 until 2010, the longest tenure in North Carolina history.

“North Carolina lost a giant today with the passing of my friend, Senator Marc Basnight. His positive influence on our public universities, transportation, environment and more will be felt for decades. A man of great power and influence, his humble, common touch made everyone he met feel special, whether pouring them a glass of tea in his restaurant or sharing a pack of nabs at a country store. He believed in North Carolina and its people, and our state is stronger because of him. Our prayers are with Vicki, Caroline and the whole family.”

“Sen. Basnight and the institution of the Senate are in many ways inseparable. He left his mark on the body, and therefore the state, over his nearly two decades of leadership.

“Sen. Basnight loved people. I used to hear that he’d stop along the way from the Outer Banks to Raleigh just to speak to strangers and hear what they had to say. He loved people, and they loved him back.

“I will always remember the grace with which Sen. Basnight conducted the 2011 transition. He spared no effort and denied no request. He could wage political battle with the best of them, but he always put the institution of the Senate, as a symbol of the people’s representative government, first.

Sen. Marc Basnight was a leader who cared deeply about serving his constituents to make a difference in the lives of all North Carolinians. Our thoughts are with his family as they honor his memory and we remember his lasting impact on this state. https://t.co/2RXzKv6BuC #ncpol

Basnight and his family own and operate Lone Cedar Café on the Nags Head Causeway. The new bridge over Oregon Inlet was named in Basnight’s honor in 2019.

His legacy, however, can still be seen from Manteo to Murphy: the largest educational bond issue in U.S. history funding new buildings at all 16 institutions of the University of North Carolina System, creation of the UNC Cancer Center in Chapel Hill, the state’s Clean Water Trust Fund.

But his true impact is felt in the area to this day.

Whether it was construction of long-needed four-lane roads to connect us with the rest of the state, the purchase and reconstruction of Jennette’s Pier in Nags Head, or other countless contributions to improving the way of life along the Outer Banks and across northeastern North Carolina.

I’m working at #ncga tonight when I got word of Senator Marc Basnight’s death. Here’s his photo on the wall.

A high school-educated Senate Pro Tempore who championed our public universities. A rural coastal Senator who invested millions of $ to cure cancer. pic.twitter.com/mnhR7Rm1qc

Marc embodied North Carolina’s spirit, and he served his state with courage and compassion. His leadership in the #ncga is unparalleled. My prayers go out to his family, particularly his daughters. #ncpol https://t.co/AKjOFl3QXq

The time we met was brief but nevertheless when we visited OBX we always did a pilgrimage to the Lone Cedar. Sen Basnight was a giant among giants. #ncpol https://t.co/sudoqOIHzD pic.twitter.com/YPjcGtiX2m

Sen. Basnight did much for eastern NC. May he Rest In Peace. #ncpol https://t.co/SUXdRZIG5O

I will never forget Sen. Basnight’s graciousness during the transfer of power in 2010. The most powerful man in NC politics for years but he cared more about the institution of the Senate than anything else. He wasn’t just a politician. He was a statesman. #NCPOL https://t.co/NupdhNoZGy

More personally, Marc Basnight was enormously generous to me and my family; he taught me so much about #NC, about the meaning of a ‘citizen legislator’, about the importance of individual leadership & its impact on so many people. I am forever in his debt. #ncga #ncpol https://t.co/kp5qhVV1a1

Marc was one of my favorite politicians I’ve ever covered. Ironic I’m here in the OBX when he passed. His #obx accent was the real deal 😁 https://t.co/gnJZ3wUDF0

Got word that former NC Senate President Pro-Tem Marc Basnight has passed. He was a lion of the Senate, one of the last of the old-school Democratic politicians, and did a lot of good for OBX and North Carolina. #ncpol

Marc Basnight was a fascinating man. I remember when he called me to cuss me out about a story he didn’t like.
Excellent obituary from @oldpolhack and @DBattagliaNC#ncpol https://t.co/M6V1SzSSTY