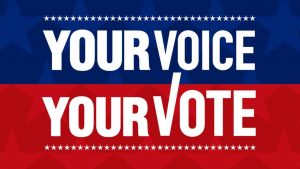 The bipartisan State Board of Elections on Tuesday voted to certify nearly all contests in the 2020 general election, including the presidential contest.

This certification came after the 100 county boards of elections certified results at the county level and after a series of post-election audits by election officials verified the counts.

“Today, we officially recorded the voices of more than 5.5 million North Carolinians in certifying this historic election,” said Karen Brinson Bell, executive director of the State Board of Elections.

The following contests were not canvassed or authenticated due to pending election protests:

Tuesday’s state canvass was the culmination of an extremely busy year for elections officials across North Carolina.

Election workers pulled off a successful election with the highest voter turnout in North Carolina history and a staggering increase in absentee-by-mail voting. They did so while protecting themselves and millions of voters from a deadly virus, ensuring that no COVID-19 clusters were tied to voting sites in North Carolina.

“From the Grape Creek precinct in Cherokee County to the Stumpy Point precinct in Dare County, election officials worked countless hours in 2020 so voters could cast their ballot without fear of disease,” Brinson Bell said.

Certificates of election will be issued to prevailing candidates on or about November 30, unless an election protest is pending.

Historic 2020 General Election by the Numbers

75.35: Percent turnout of registered voters (most in modern NC history)

0: Clusters of COVID-19 tied to voting sites in North Carolina