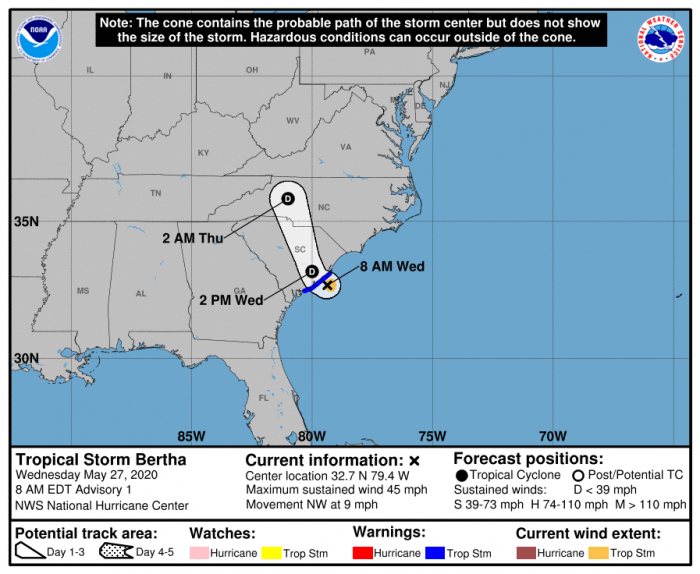 An additional 1.5 to 2 inches of rain is forecast for the Outer Banks through the remainder of the week as Tropical Storm Bertha forms off of South Carolina, and becomes the second named storm of the 2020 Atlantic Hurricane Season.

As of 8:00 a.m., Bertha was located 30 miles ESE of Charleston, South Carolina, with maximum sustained winds of 45 mph.

Bertha is moving toward the northwest near 9 mph (15 km/h) and this motion is expected to continue through tonight. On the forecast track, the center of Bertha will move onshore in the next few hours and then move inland across eastern and northern South Carolina later today, and into west-central North Carolina by tonight.

Though Bertha is expected to head inland and not impact the Outer Banks directly, additional rainfall related to Bertha will start on Wednesday, and will continue through the weekend. A moderate risk of rip currents was also reported for Hatteras Island beaches as of Wednesday morning.

Bertha is the second named storm to form before the official start of the Hurricane season on June 1. Tropical Storm Arthur affected the Outer Banks last week. 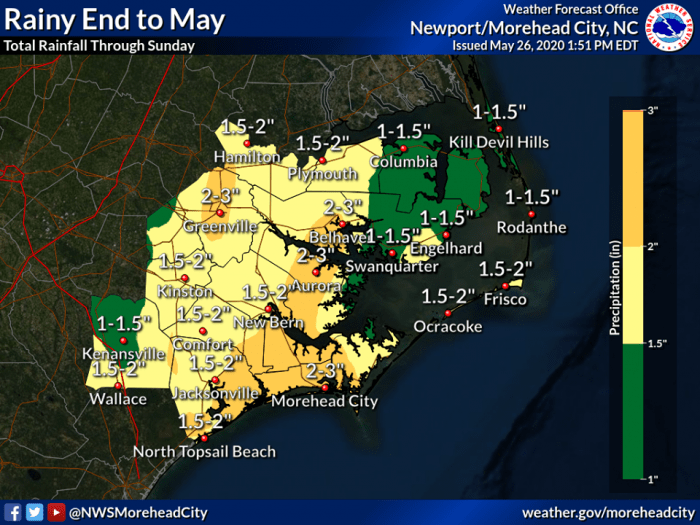