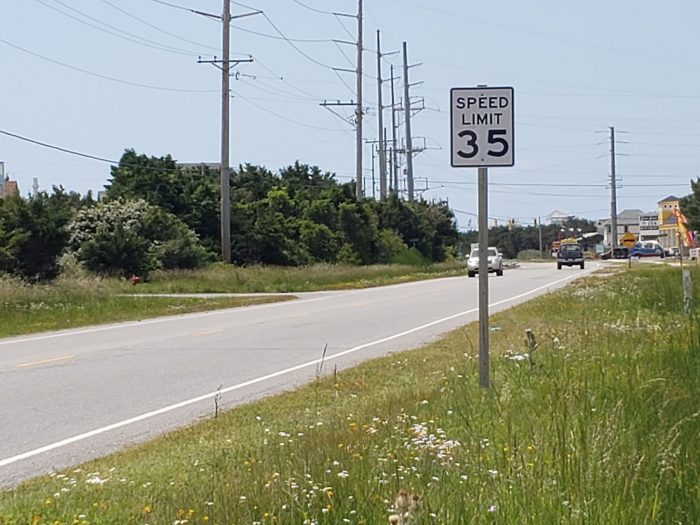 With peak travel season for the Outer Banks on the horizon, N.C. Department of Transportation (NCDOT) crews will be changing the speed limit signs along sections of N.C. Highway 12 starting this week.

In mid-May, the speed limits in the villages of Rodanthe, Waves, Salvo, Avon, and Frisco drop from 45 mph to 35 mph to account for more vehicle and pedestrian traffic during the summer months. Speed limits also drop in congested areas of the Cape Hatteras National Seashore, such as the area just north of Oregon Inlet and the area near the Haulover Parking Lot south of Avon.

The reduced speed limits traditionally remain in effect until around September 15, when they once again increase to the higher, off-season speed limits.