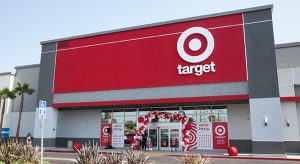 Per a recent announcement from OBX Island Guys Real Estate Group, Target is officially coming to the Outer Banks, with an 80,000 sq. ft. store planned for Kill Devil Hills.

A social media announcement was posted on Monday from the OBX Island Guys Real Estate Group, which represents more than 10 residential lots at the store’s intended site.

The statement from OBX Island Guys Real Estate Group is as follows:

“Breaking News….Its been hard keeping lips sealed but its now public news as contracts are signed….TARGET is officially coming to the Outer Banks at the former Kmart Site. It will be torn down and redesigned….”

“While the Outer Banks continues to change I feel like this will be a welcome storefront and another jobs boost to our community. Development along our shores is always a catch 22 and a tough pill to swallow for folks like me that have spent their entire lives here. Ultimately its not the 70’s and 80’s anymore and if it increases our community rating , helps with jobs and infrastructure, and keeps us from driving to VA I am all for it.”

There is no word yet on when the store is slated to open, however, per an update from the Outer Banks Voice, the establishment of a new Outer Banks Target at the 1091 N. Croatan Hwy locale has been confirmed by a Target spokesperson.