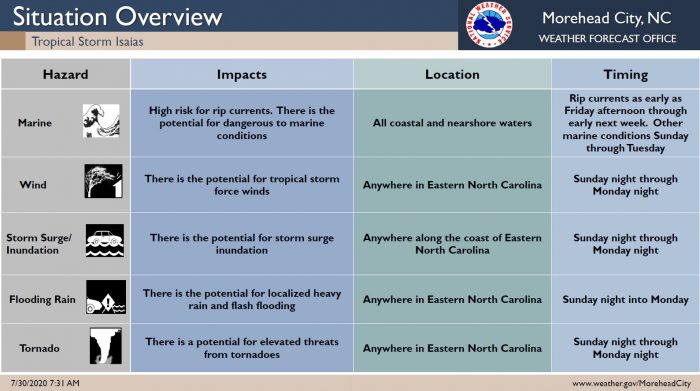 Tropical Storm Isaias has formed and is expected to bring a high risk of rip currents, and the potential for tropical-storm-force winds, heavy rains, and storm surge beginning this weekend, per a Thursday morning update from the National Weather Service (NWS) Newport / Morehead City Office.

The first impacts from this system will likely be increased swell and a high rip current risk, arriving late Friday and continuing through the weekend. The threat for tropical-storm-force winds is increasing, especially along the Outer Banks, and Tropical Storm conditions could begin as early as Sunday night.

The NWS advises that now is a good time for Outer Banks residents to check their hurricane plans, and guidance can be found at weather.gov/mhx/hurricaneprep.

In an 8:00 p.m. update from the National Hurricane Center, Tropical Cyclone #9 was located about 125 miles west of Ponce, Puerto Rico, with maximum sustained winds of 50 mph, and the system was moving northwest at 30 mph. 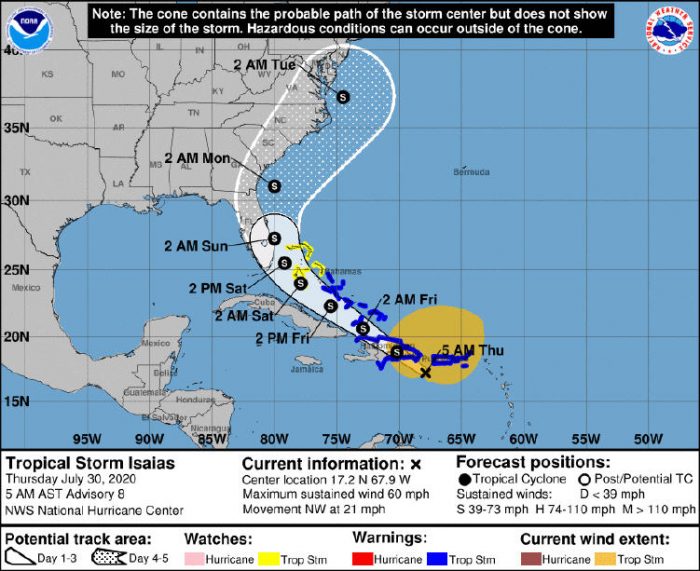 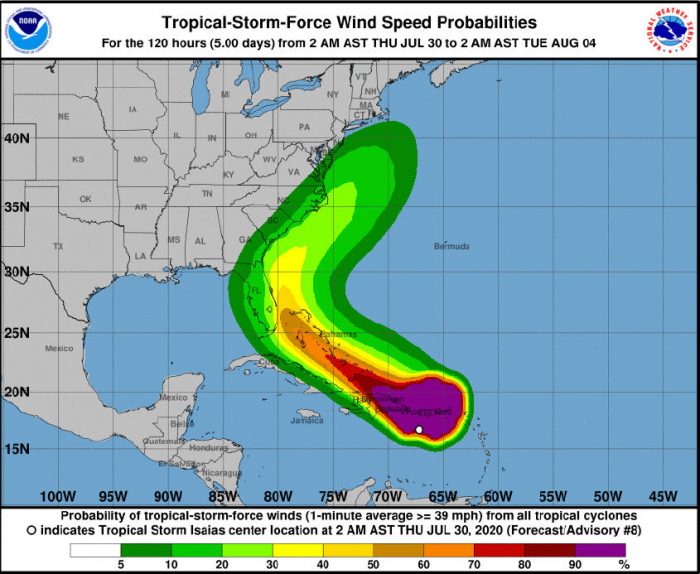 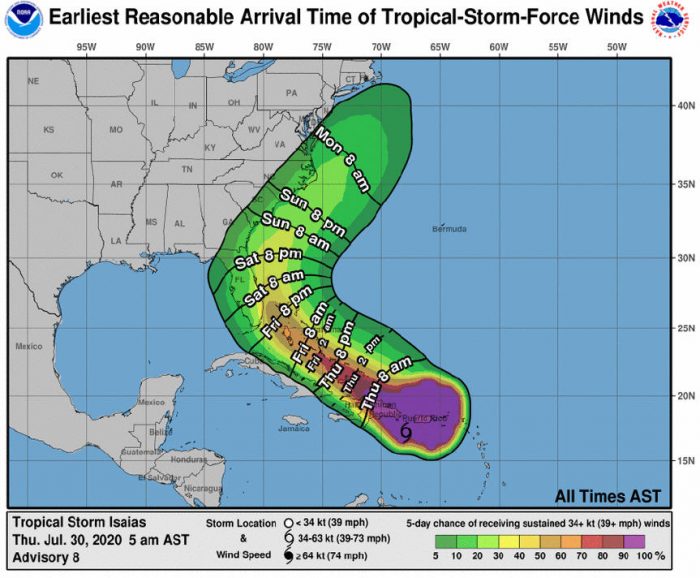