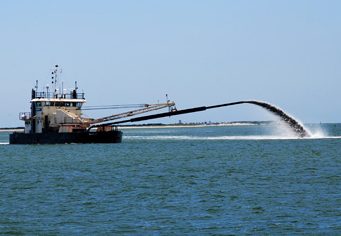 As interest in Spring fishing is picking up, members of the Dare County Waterways Commission on Monday were anxious about getting Hatteras Inlet in shape before the busy season.

Plans are now being proposed for the state, rather than the Army Corps, to dredge a shoaled area on the west end of the South Ferry Channel, but the earliest that the work could start is in four weeks.

“I hoped we were going to be talking about late March,” commission member Dan Oden said at the meeting at the Dare County Administrative Building in Manteo, adding he had just learned that the N.C. Department of Transportation (NCDOT) wants to use its dredge to clear the clog. “Trust me, I’m willing to take any help we can get. But we can’t get out of Hatteras Inlet. Commercial guys are calling us every day.”

Brent Johnson, project manager for Dare County Grants and Waterways, explained that a shift in plans for the dredge project evolved in part to meet NCDOT’s need for sand for road repairs on Ocracoke Island. In discussions with the state and the Corps, it was agreed that Dare County could seek a modification in its permit to allow the state’s pipeline dredge rather than the Corps’ sidecaster to do the work. Not only would NCDOT have the benefit of the material, he said, it would save about $400,000 – not to mention that using the pipeline is more environmentally suitable for the water column.

Plus, the more dredging that can be done in April, Johnson said, the less need – ideally – there would be to have to come back in June and July to do more work.

The plan, he said, is to seek to modify the multi-year permit for a one-time event to use the pipeline dredge.

“Hopefully, it will go through faster and better,” he said.

But Steve “Creature” Coulter, the commission’s chair, said that with boats already bumping bottom, the timing of the project was cutting uncomfortably close to the wire.

“I hate waiting till the very end, right when we’re getting some fishing done,” he said. And communicating about the shoaling problem to out-of-town boaters adds another level of complication.

“We’re trying to keep our economy going,” Coulter said. “It’s not the inlet; it’s the channel to the inlet. We have a hard time explaining that.”

Most importantly, he said, the navigation issue needs to be resolved long before the season’s first big fishing tournament in mid-May, the Hatteras Village Offshore Open.

Speaking remotely via phone conference, Ken Willson, engineering contractor with Wilmington-based APTIM Coastal Planning & Engineering of North Carolina Inc., said that, one way or the other, the Corps would probably come in after the NCDOT dredge and do a little more cleanup of the channel. The Corps would also be expected to be available to dredge the channel, he said, if for some reason the state cannot do the work.

Willson said in a later telephone interview that the Corps and the state Division of Coastal Management would have to sign off on the permit modification, which is still under review.

“The spirit of what we’re asking for is what everyone has approved in the past,” he said. “It’s a matter of checking the boxes. They still need the statutory time to review the project.”

Although the dredge window technically closes on March 31, Willson explained, the agencies were already in the process of considering permission to use the Corps dredge during the month of April.

Meanwhile, the Coast Guard is continuing to work on replacing numerous buoys that have been missing in Ocracoke and Hatteras inlets, Chief Petty Officer Ryan Agre told commissioners. The buoy tender Smilax is still not able to access portion of channels in Hatteras Inlet, he said, but the Coast Guard is working on plan to get the markers replaced.

There was some good news from the Coast Guard: Last week, Agre and others spoke to their superiors about concerns about the safety issues for the Coast Guard working in Hatteras and Ocracoke inlets. Specifically, they asked for help in improving navigation.

The risk that conditions in the inlet present to the Coast Guard has long been worrisome to the Waterways Commission, but it never seemed to matter outside the Outer Banks.

“It’s an encouraging sign that it’s going up the command chain,” Chairman Coulter said in a telephone interview. “They’re aware of the problem.”

In other updates, N.C. Ferry Division environmental supervisor Lance Winslow told the panel that the sheet pile bulkhead project being constructed at the ferry South Dock on the north end of Ocracoke Island is expected to be completed in mid-April. The project is intended to protect the shoreline that has eroded severely in recent years.

The next meeting of the Dare County Waterways Commission will be held April 13 at 7 p.m. at the Fessenden Center in Buxton. 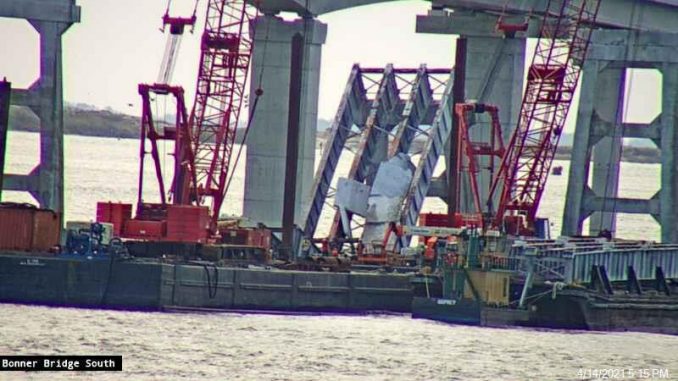 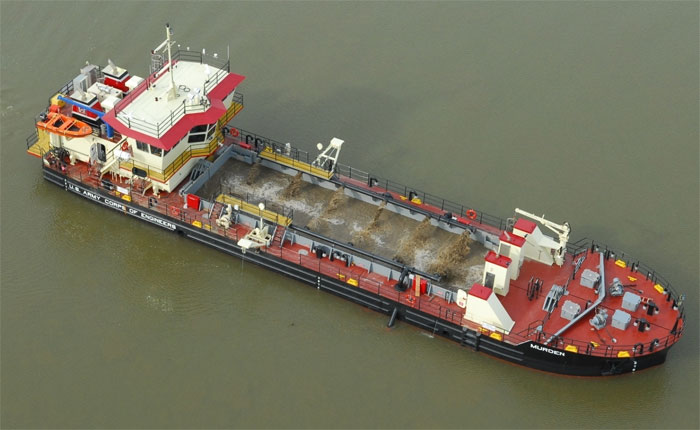