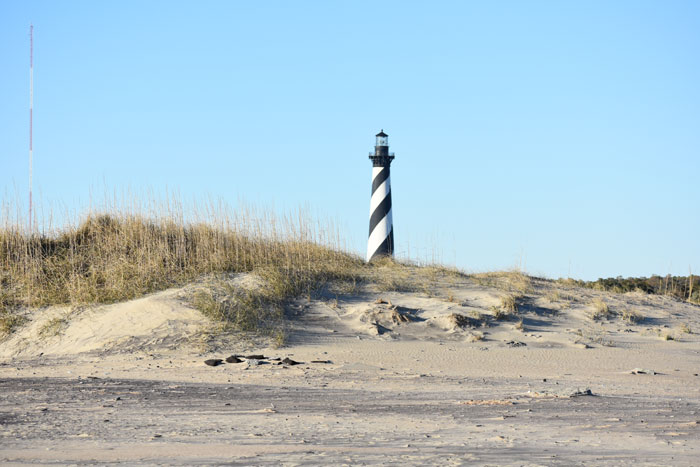 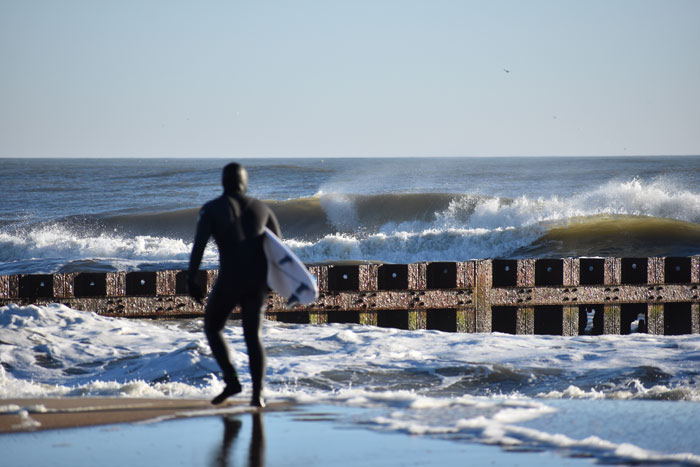 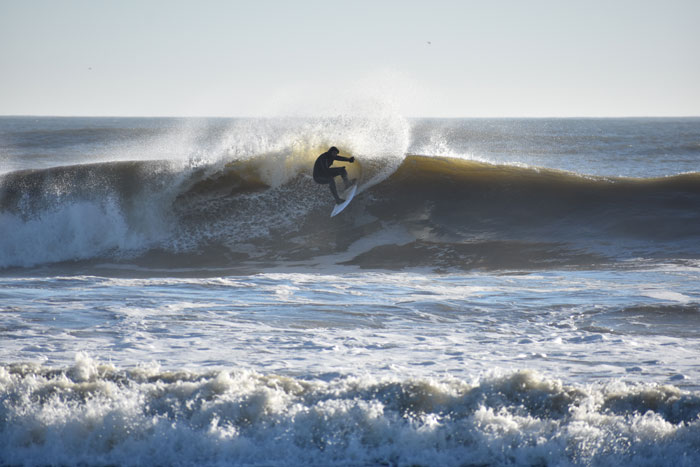 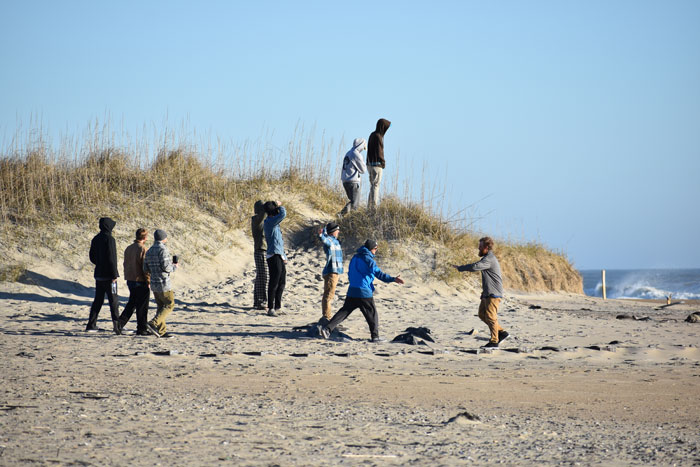 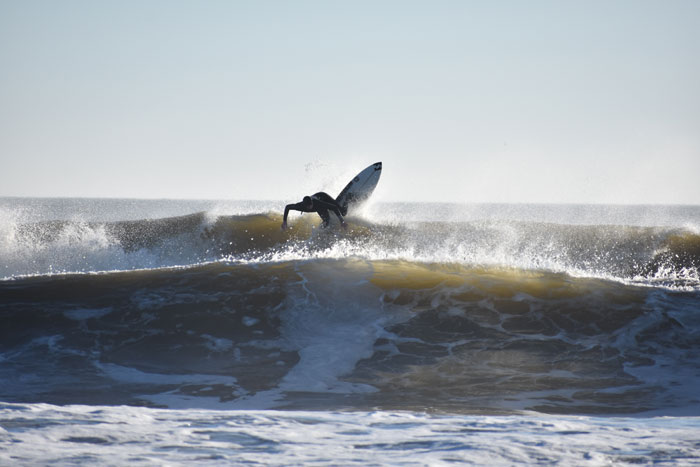 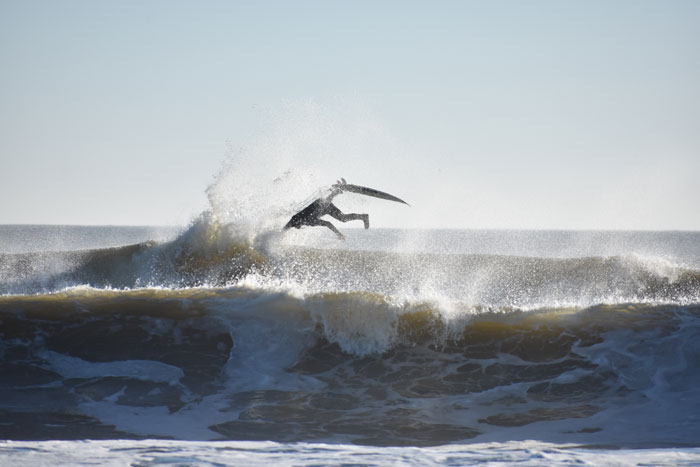 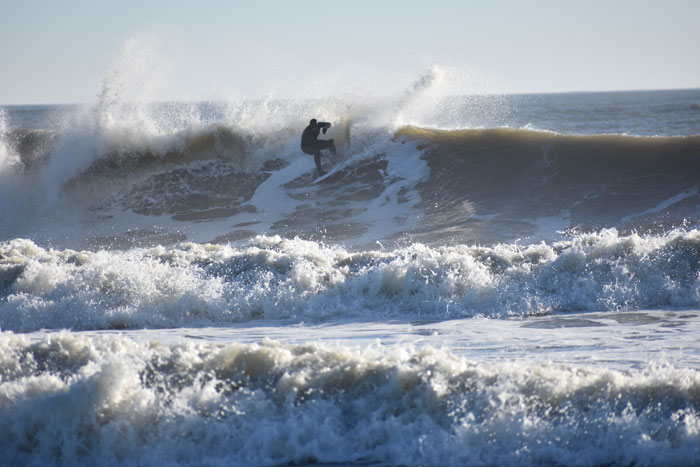 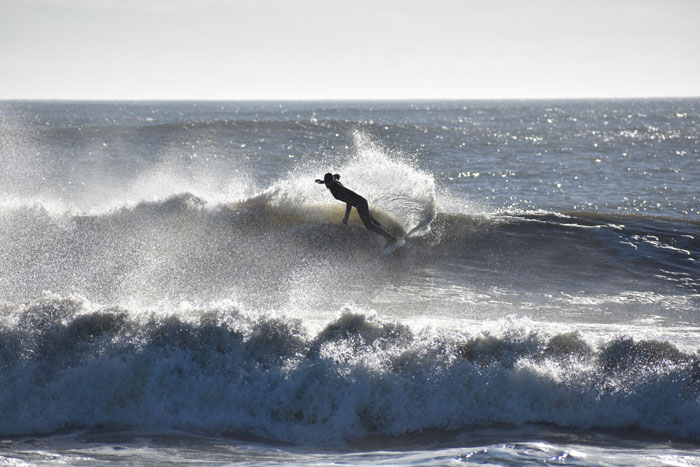 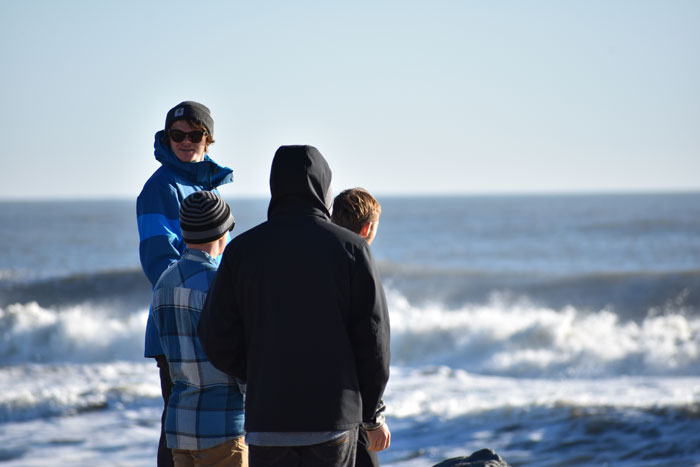 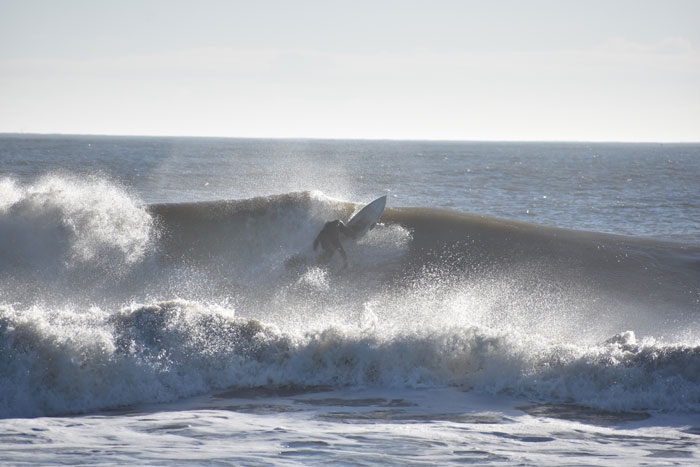 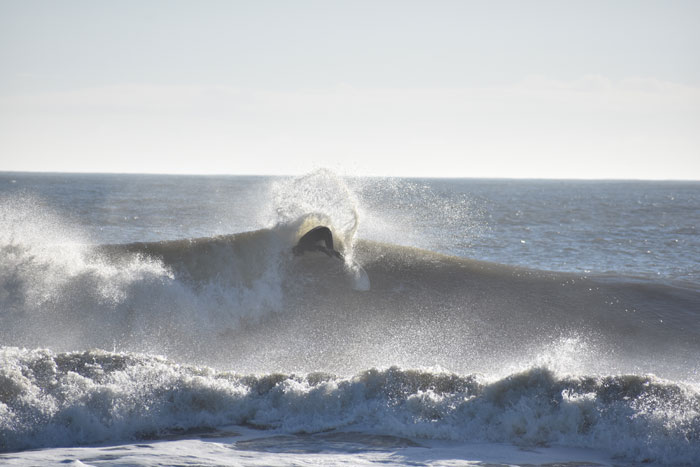 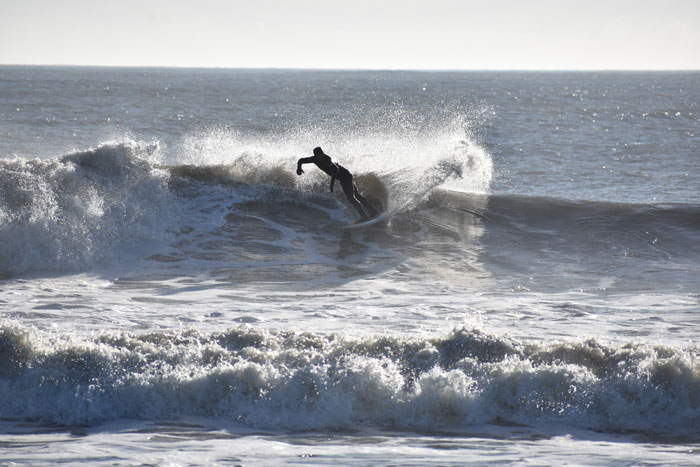 Tuesday morning dawn patrol at Cape Hatteras Lighthouse featured some scrumptious waves. Perfect conditions prevailed 24 hours after the passing of the intense low from Sunday night. Winds were light WNW and the swell was nicely organized and clean. I met a few surfers who drove up for the day from Carolina Beach. Asking them if the waves were better here got me a definitive “yes.” Ironically, Sunday night during the storm I found a surfing movie filmed in Carolina Beach called “Perfect Summer”.

Albeit chilly in February, temperatures warmed up on Tuesday, making it a really nice beach day. The Winter wave machine is expected to blow another front through this coming Saturday, with more good surf in the forecast!

Dare County Schools (DCS) Superintendent John Farrelly provided the following information for students and their families regarding the return to in-person learning for Dare County students on Monday. “I am highly confident that we will keep our schools open for the remainder of the school year and continue on a path to easing the necessary restrictions that [...] Local News |  Full Article

North Carolina Emergency Management Director Michael Sprayberry visited Dare County’s COVID-19 vaccine clinic in Kill Devil Hills this morning, where just over 600 first doses of the vaccine were slated to be administered. Sprayberry arrived at the Dare County Youth Center at Family Recreation Park at 9:30 a.m. and embarked on a tour of the [...] Local News |  Full Article

A prescribed burn of 791 acres is scheduled at the Pea Island National Wildlife Refuge on Friday, February 26, per a recent update from the U.S. Fish and Wildlife Service (USFWS) in North Carolina. “The latest forecast indicates rain should hold off until after 4 p.m.,” stated the update.  “If correct, we should be able [...] Local News |  Full Article

Contractors for the N.C. Department of Transportation are planning to conduct a routine condition inspection of the Marc Basnight Bridge from March 1-18. During the process, one lane of the bridge will be closed during daylight hours Monday through Friday in order to position crews and equipment. The closures will be no longer than 1.5 miles [...] Local News |  Full Article

The N.C. Department of Transportation has another new tool to help make our roadways safer: Drones. This week, the Marc Basnight Bridge over Oregon Inlet became the first bridge in the state inspected using a drone as part of the regular biennial inspection process. Inspection crews monitored live high-definition video feeds from the drone as [...] Local News |  Full Article

A prescribed burn of 766 acres is underway at the Pea Island National Wildlife Refuge as of Thursday afternoon, February 25, per a recent update from the U.S. Fish and Wildlife Service (USFWS) in North Carolina. “Test fire performed well on the [Pea Island Refuge], so we are moving into the prescribed burning,” stated the USFWS in [...] Local News |  Full Article

Dare County announced 3 new positive COVID-19 test results on Wednesday, February 25, bringing the total number of cases in the county since the pandemic began to 2,763. With Wednesday’s new cases, the current number of active cases in the county is now 42. The 3 additional cases are all residents and include the following: [...] Local News |  Full Article