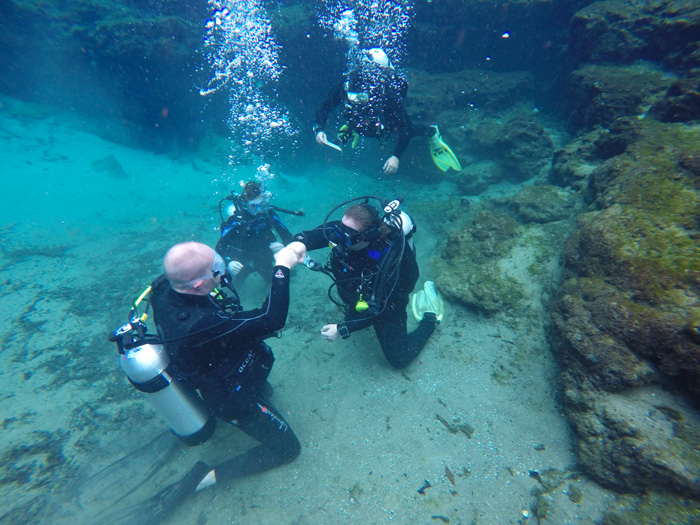 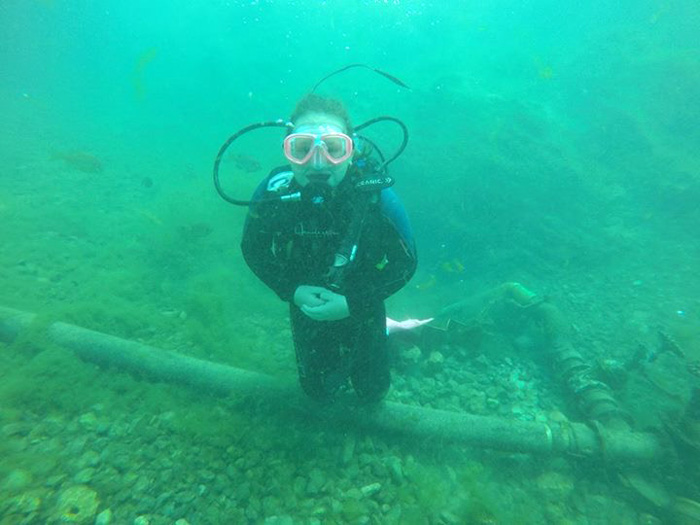 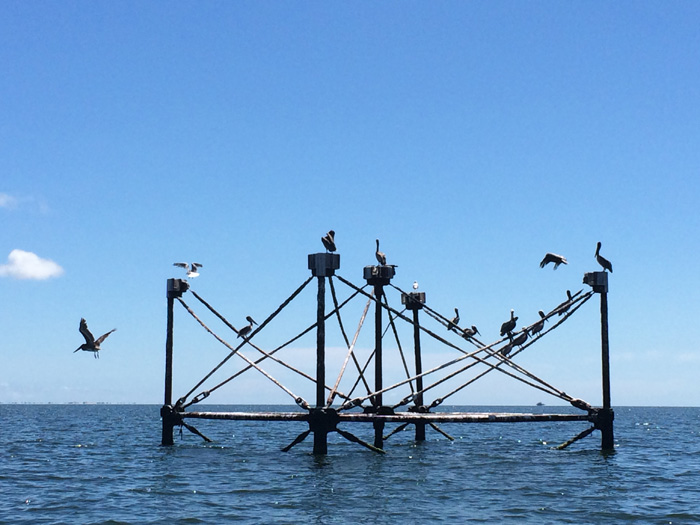 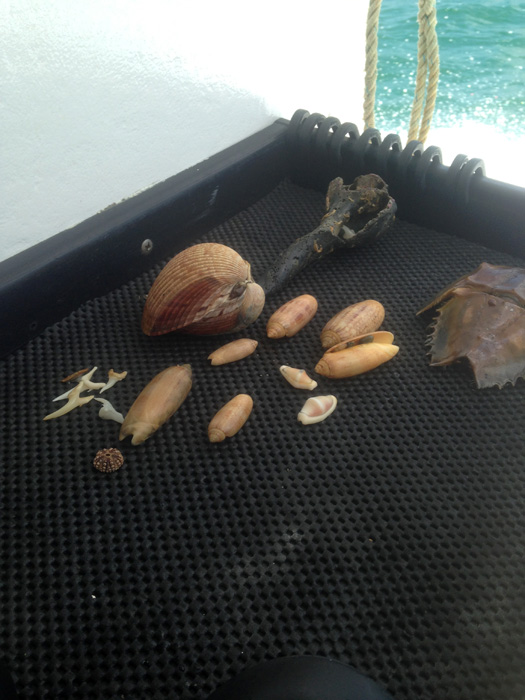 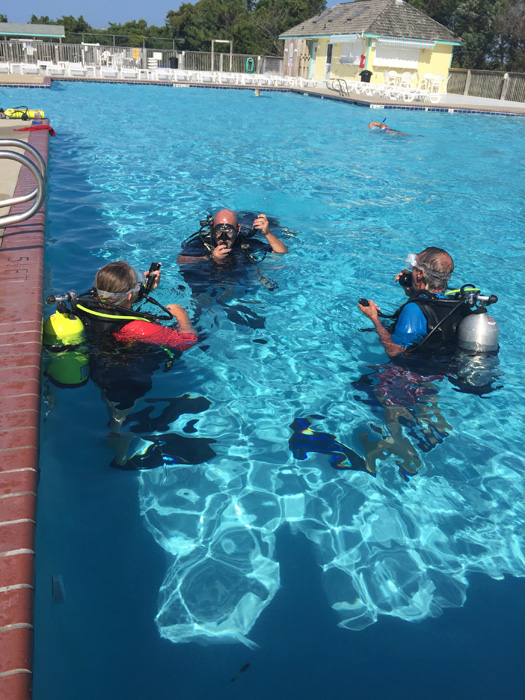 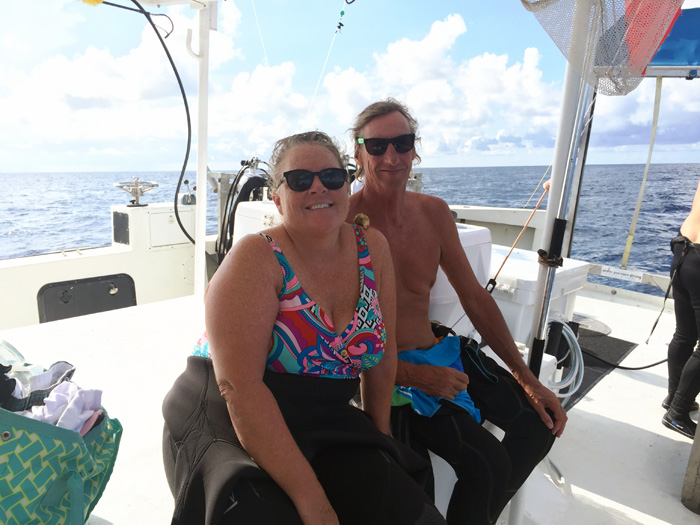 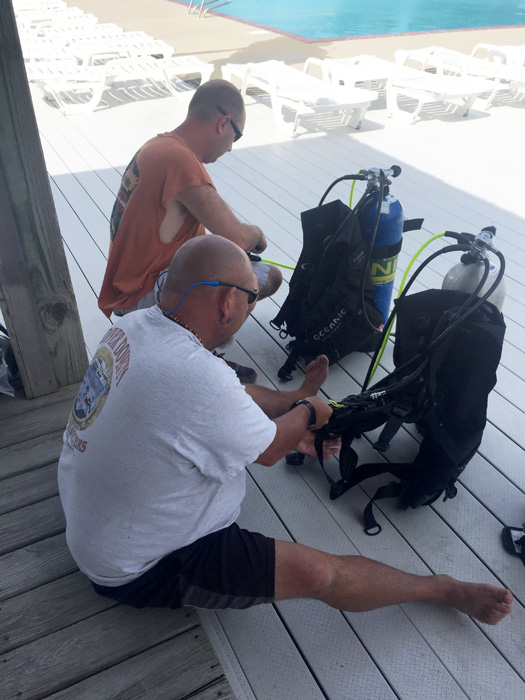 Looking to dive the infamous Graveyard of the Atlantic? Wanting to understand the “Why,” “How,” and “Who” behind this legendary moniker and destination? Hoping to explore the underwater history and garner some amazing knowledge of just why we have so many wrecks right off of our Hatteras Island coast? Well, you’ve come to the right place! Top notch, adventurous, historical, beautiful, and sometimes treacherous diving is all found right here off the coast of Hatteras.

Here’s the basics of the “Why” and “How.” The cold Labrador Current flows south from the Arctic and meets the warm Gulf Stream current flowing north from the tropics, creating a vortex right at Cape Point on Hatteras Island. This joining of the earth’s great forces has created some of the most hazardous seas and shifting sandbars on the planet. As a result, ships have run aground, or have been simply lost in this area for centuries.

On to the “Who.” This area has been a hideout for many pirates throughout the years – pirates like Blackbeard, who not only hid out in the region, but also perished here. The shallow and unpredictable waters were the perfect hideout for the captains with knowledge of the area, who could go undetected by authorities.

Then came the American Civil War. The southern ports along the Pamlico Sound were critical for the Northern forces to control, so you can only imagine the possibilities of unknown wreckage here.

WWI and WWII, the wars that most Americans thought were fought thousands of miles away, were also fought right here off the coast of the Carolinas, and specifically Cape Hatteras. The result was several German U-Boats and multiple victims of the U-Boats coming to rest in the Graveyard of the Atlantic. The wreckage included not just the boats themselves, but also freight, equipment, money, treasures, and everything on board, which all fell victim to our ocean.

Now, here I am hundreds of years later. When I moved here to Hatteras Island in August of 2016, I had been a Scuba Instructor for 12 years working for Bermuda Triangle in Greenville, S.C.

Though my real passion has always been wreck diving, I moved here yearning for more information and experience on the Graveyard of the Atlantic.

And though I had been on hundreds of wreck dives in the Carolinas and thought I was an experienced diver, I was wrong.

I have experienced many different diving conditions – everything from drift diving in the crystal clear waters of Florida, to the gin clear caves of northern Florida, to the zero visibility of a South Carolina farm pond searching for the remains of a murder victim. Now, from what I have experienced in the first two years, I know there are historical wrecks offshore with unlimited visibility, but which are sometimes located at depths that require more than just an Open Water Certification.

There are also wrecks just offshore, and some even have parts of the wreck visible from the surface. These wrecks can be tempting to the uneducated diver/snorkeler, however, these sites require a different set of skills then the average diver possesses. They are shallow, yes, but they require either long swims on the surface, (against currents), or the ability to utilize a kayak as a dive platform, (since motorized boats are restricted that close to the beach in the National Park). There can also be limited visibility, (depending on tide), and strong currents. As mentioned earlier, the Pamlico Sound is a prime source of unknown wrecks. However, the sound is shallow, and hard to navigate. With the help of longtime local fishermen and fellow veteran divers, I will begin to explore these sites both underwater and historically.

Here’s where we come together. See, I didn’t just move here to dive all the time, though I wish I could. I moved here with my wife and family, and we purchased Frank and Fran’s Bait and Tackle. Frank and Fran’s is a 30-year-old business here on the island. We then started Bermuda Triangle, OBX. So now, not only do I get to live in one of the best places on earth to dive, I also get to share my passion with others by teaching them how to dive, and open them up to a brand new underwater world! (Or, if you’re already a certified diver and looking to expand your knowledge and further your certifications, I can help with that too! Fun dives are also always an option!)

So, next time you’re on Hatteras Island and in Avon Village, come on by Frank and Fran’s Bait and Tackle where inside you’ll find Bermuda Triangle, OBX and let’s get wet!

Beginning with the April 19, 2021, Dare County Board of Commissioners meeting at 5 p.m., all public comments will be presented in-person or by sending an email to the Board. Public comments via email are accepted from the time the public meeting notice goes out until the meeting ends. Those providing public comments in-person must adhere to [...] Community News Brief |  Full Article

Every three years, the Hyde County Health Department, in collaboration with local and regional partners, conducts a Community Health Assessment to evaluate the health of our county. As a part of this assessment, we distribute a community survey in order to gain feedback from community members and stakeholders regarding their views of health in Hyde [...] Community News Brief |  Full Article

The Outer Banks Chamber of Commerce has introduced the new “EXPLORE, EAT, SHOP, STAY, LOCAL” campaign for 2021.  While the OBX has experienced an early influx of visitors to the area the Chamber wants to keep the focus on local spending. “Dollars spent locally circulate throughout the region and cotinue to help all our businesses [...] Community News Brief |  Full Article

Meet the Outer Banks SPCA Pet of the Week Gina