The 13 Worrell 1000 competitors made an impressive landing near ORV Ramp 49 in Frisco on Thursday afternoon, May 19, on one of the final legs of their race up the Eastern Seaboard to the Virginia Beach finish line.

The teams departed Atlantic Beach, NC, on Thursday morning to start an approximately five-hour trek to their next checkpoint in Frisco. The 1,000-mile catamaran race plays out in multiple stages, (from checkpoint to checkpoint), and the team with the shortest overall combined time wins.

At the Frisco finish line, Team “The Clean Sailors,” on their Cirrus 901 came speeding onto the shoreline in first place, with enough velocity to sail them up onto the beach, and end in a 180-degree spin amongst the onlookers who were just barely able to get out of the way.

The next 10 boats arrived shortly thereafter, and some within seconds of each other. The last two – “Way of Life” and “Restream” – had a story of their own on this journey from Atlantic Beach to Frisco, according to a press release from race organizers.

Mike Beuerlein and Phillipe Bettler of Restream had to receive assistance from the U.S. Coast Guard after Beuerlein went off the back of the boat and got swept away. Seeing what was happening, the Way of Life team of Stefan Rumpf and Andre Hauschke stopped to render assistance, and stayed for almost an hour, sailing around with Bettler trying to find Beuerlein.

The Coast Guard arrived and were able to retrieve Beuerlein, delivering him to his ground crew who were waiting onshore as his teammate sailed to shore safely. They trailered the remainder of the leg and received a DNF penalty, but informed the Race Committee they would be back on the starting line on Friday morning. For their Corinthian spirit, Team Way of Life was granted a 1-hour redress.

Once in Frisco, the competitors and race organizers stayed the night at the Cape Hatteras Motel before launching again at 10:00 a.m. on Friday for the next-to-last leg of the race, which entails a cruise from Frisco to Kill Devil Hills.

The Worrell Race is a famous 1000-mile catamaran sailing race up the East Coast from Hollywood, Florida to Virginia Beach. The first Worrell Race was held in 1976 with a total of four teams, and the race quickly became a fixture on the sailing scene in the 26 years that followed, becoming world-renowned among sailors with an adventurous inclination.

Prior to 2019, the last time that the Worrell Race was held was in 2002, when it featured roughly 25 teams, and was covered in-depth for the May 27, 2002 issue of Sports Illustrated magazine. Unfortunately, after the 2002 run, the race was quietly canceled in 2003, and more or less disappeared from memory in the decades that followed, until it was revitalized in 2019.

Hatteras Island is at the last leg of the journey, and the race is expected to end on Saturday, May 21, when 2022’s competitors will depart Kill Devil Hills for the Virginia Beach finish line.

For more information on the Worrell 1000 Race, and to keep up with the action as the race nears its completion, visit https://worrell1000race.com/.

Overall Results, as well as elapsed times for individual legs, can also be found at https://worrell1000race.com/results/. 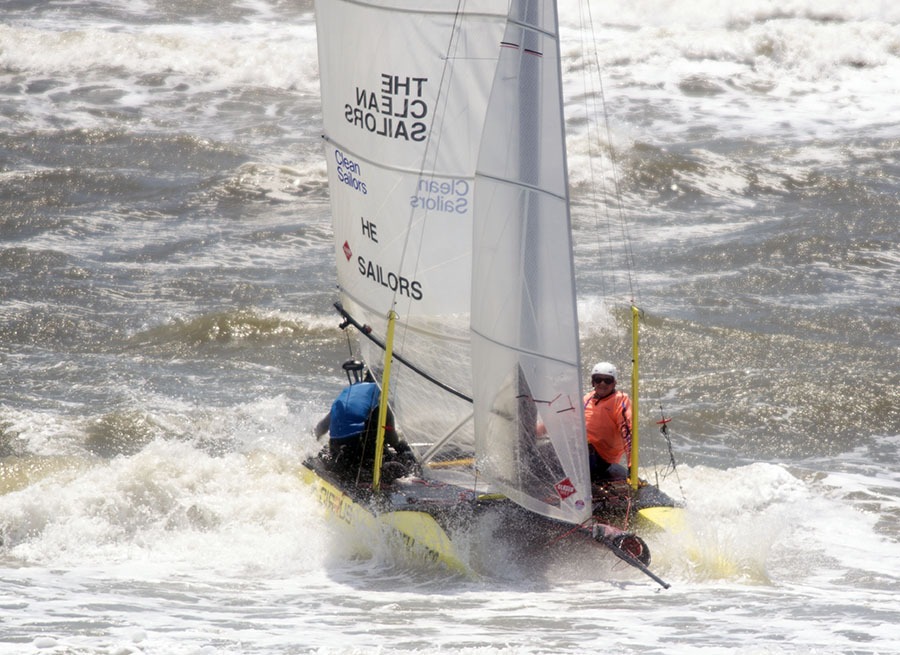 From wobx.com Improvements to an intersection along N.C. 12 on Bodie Island are underway to add longer and new turn lanes, with crews scheduled to pave the Coquina Beach/Bodie Island Lighthouse Road intersection over the weekend. Crews from Barnhill Construction have been been working since late fall on adding a northbound right turn lane into [...] Local News |  Full Article

A new donor-advised fund has been established at the Outer Banks Community Foundation by Nags Head residents Tony and Tracy Jones. Grants will be awarded from the new Wolfinger-Jones Family Fund for causes the Joneses are passionate about. Tony and Tracy come to the Outer Banks from northern Virginia and are intent on continuing their [...] Community News Brief |  Full Article

RODANTHE — Barbara “Barb” Shimpach, 79, of Rodanthe, passed away unexpectedly from natural causes at Sentara Albemarle Medical Center in Elizabeth City on January 24, 2023. Barbara was born in November 1943 in Detroit, Michigan. In her early twenties, she married James “Jim” Shimpach. They moved to Huntington, West Virginia, where she was a homemaker [...] Local News |  Full Article

For Laura Miller of Avon, a scratch-off stocking stuffer sparked a joyous celebration after it became a $150,000 Christmas present. “It was given to me in my Christmas stocking by my boyfriend,” Miller said. “We had to do it late since I was out of town.” Miller, 35, said she celebrated her win with a [...] Local News |  Full Article

In wide-ranging State of the County, Woodard criticizes “naysayers” battling local housing projects In a roughly one-hour State of the County presentation, Dare County Commissioners Chairman Bob Woodard alternated between exhortations and congratulations. But he seemed at his most passionate when talking about the county’s frustrating quest to generate several hundred units of essential and [...] Local News |  Full Article

A passing cold front brought big waves and crowds of surfers on Thursday morning, with dozens of vehicles parked along N.C. Highway 12 in northern Buxton. Roughly 60% of the surfers who flocked to the shoreline were local residents, per several reports, but surfers arrived for the head high swell from all along the East [...] Watersports |  Full Article