You can send your news of special events, workshops, meetings, etc. on Hatteras and Ocracoke islands to donna@islandfreepress.org.  Please send as a document or plain text in press release format.   Please do not send only PDFs of posters or other announcements.  You can send these for illustration, but we need text. We must receive your announcement at least one week before the event. 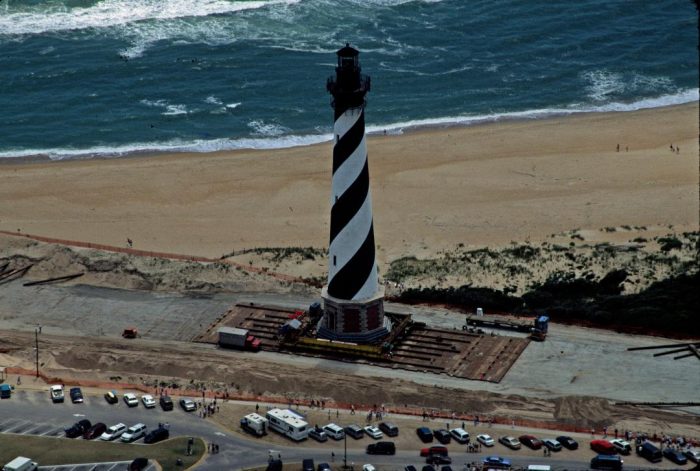 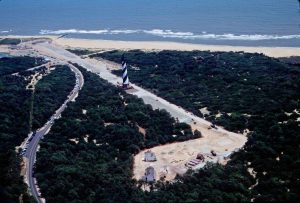 National Parks of Eastern North Carolina Superintendent David Hallac invites the public to a special event to celebrate the 20th anniversary of the Cape Hatteras Lighthouse move on July 1, 2019. The free event will start at 9:30 a.m. near the lighthouse.

The 20th anniversary of the Cape Hatteras Lighthouse move celebration on July 1st will include speeches, a question and answer session with expert panelists, artifacts from the lighthouse move, expanded interpretive ranger talks, activities for children, and free lighthouse climbing. The Outer Banks Lighthouse Society and Outer Banks Forever are partnering with Cape Hatteras National Seashore to make this event memorable for visitors and the local community.

Cape Hatteras Lighthouse started its epic “move of the century” journey on June 17, 1999. After the lighthouse was lifted, the tower moved 2,900 feet over the course of 23 days to its current location. The Cape Hatteras Lighthouse, sentinel of the perilous Diamond Shoals, where the Gulf Stream meets the Labrador Current, witness to the tragic sinking and triumphant rescues claimed by the “Graveyard of the Atlantic,” resumed its duties on November 13, 1999 and continues to do so to this day.