Hi, and welcome to my "Editor's Blog"! In this space I'll be attempting to keep our readers informed on fast-breaking news and issues affecting our islands.  There's a lot going on! Enjoy the Island Free Press and, even more importantly, enjoy our wonderful barrier islands!!! Joy Crist, Editor 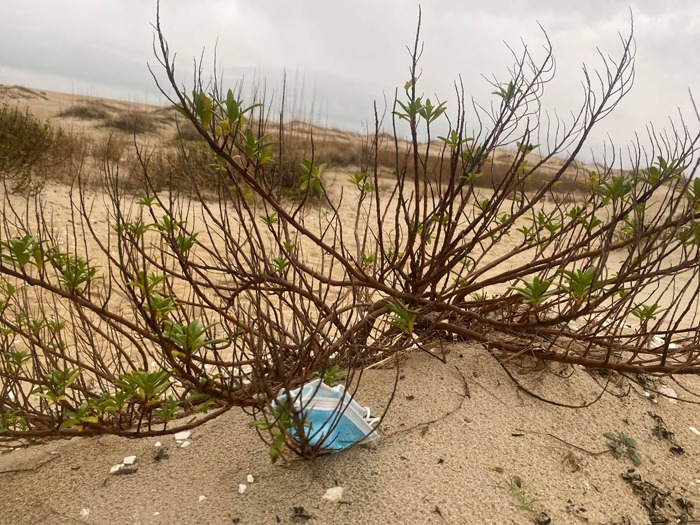 Professional beachcomber and columnist, Kristin Hissong, was heading back to her car after a long patrol on one of her favorite Hatteras Island beaches for shelling. It was a cold and windy day, and she was already a little irked by the big 7:00 a.m. crowd that had also flocked to the same beach in search of shell and seaglass finds. (Normally, crowded beaches are an unusual phenomenon in February, but not so much this year.) She was carrying a backpack full of trash, with just a couple of shells mixed in, which was also becoming a familiar but tiresome routine. So when she approached her car and looked down, what she noticed in the gravelly parking lot was a nasty little cherry on top of an already vexing day. It was a tampon, and it had been recently used. “Of course I picked it up,” she says. “It was literally beside my car, and as soon as I saw it, I was worried someone was go [...] Editor's Blog |  Full Article

Hatteras and Ocracoke islanders are unfortunately used to emergency situations. We’re used to seeing empty grocery store shelves, adjusting to business closures, and essentially dealing with a landscape where everyone is hunkering down at home, waiting for an approaching storm. We’re used to shutting off access to our islands before or after a catastrophic event, [...] Editor's Blog |  Full Article

EDITOR’S BLOG: Get Ready to Take a Long Look Back at the Lighthouse Move