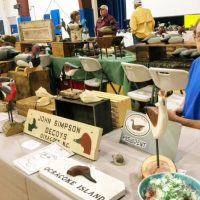 Even though he says his first attempt at decoy carving yielded “the ugliest bird you ever saw,” the folk-art form grabbed John Simpson back in 1975. Simpson, who is the featured carver at this year’s Ocracoke Waterfowl Festival from 9 a.m. to 5 p.m. Saturday, April 23, at the Berkley Barn, is also the president of the […] 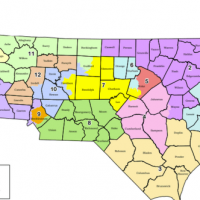 With the newly redrawn voting maps, Hyde County will be in three new voting districts next year unless a court orders them to be redrawn. Throughout the country, every state is redrawing political maps based on new data from the 2020 census. North Carolina ratified new districts on Nov. 4. The new districts for Hyde […] 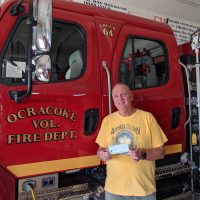 Although the North Carolina Shell Club has not held its annual spring meeting on Ocracoke for two years due to the COVID-19 pandemic, they have not forgotten the island. From a special live auction at their September meeting in Cedar Point, the club raised $1,400 for Ocracoke and donated it to the Ocracoke Volunteer Fire […] 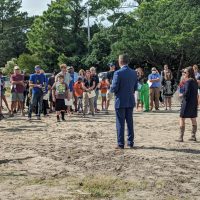 While much of Ocracoke has returned to a new “normal” in these challenging times, Ocracoke School still has a way to go. With a great deal of initial reluctance, Ocracoke School eventually joined about 35 other buildings in Ocracoke village that were torn down due to historic flooding caused by Hurricane Dorian on Sept. 6, […] 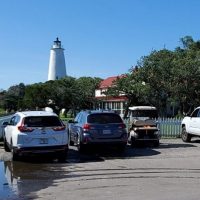 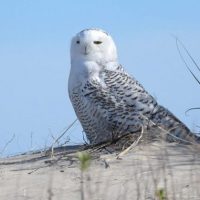 Note: If you search for this owl, keep a distance so as not to spook it causing it to fly away. These photos were taken with a long lens. Ocracoke went on alert to the possibility that a Snowy Owl would return here when one was seen Dec. 29 on Pea Island. According to OBX Today, […] 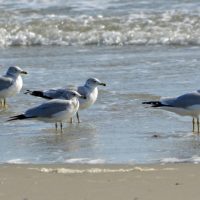 Conducting outdoor bird censuses at the end of December can be a challenge, normally due to the specter of horrible weather. The Portsmouth and Ocracoke island Christmas Bird Counts (CBC) that took place on their end-of-the year dates, Dec. 30 and 31 got done, though Ocracoke’s weather was not ideal. The counts, like hundreds of […] 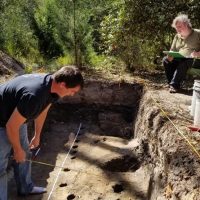 Scott Dawson is on a mission for the Lost Colony truth. The native of Hatteras Island, or as he might prefer, Croatoan, has published a book that, among other things, debunks, he says, the myth of the Lost Colony. The fate of the Lost Colony on Roanoke Island, Dare County, has been a matter of speculation, […] 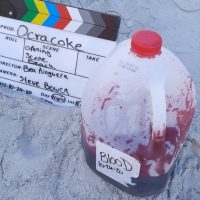 Ocracoke over the years has been well-documented in video productions from its famous “hoi-toide” brogue to lots of footage featuring the much-awarded beach, ghosts, its light house and the devastation wrought by hurricanes over the years. What’s been missing is a full-length filmed-on-location horror movie. That has changed as a camera crew and cast showed […] 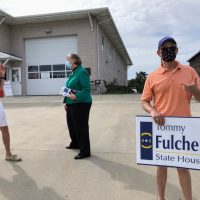 The two-day early voting period on Ocracoke before the General Election ended Friday with a total of 356 voters, Viola Williams, Hyde County elections director said today. Voting took place last Thursday and Friday (Oct. 22 and 23) in the Ocracoke Volunteer Fire Department, the same place for the voting in the General Election on […]