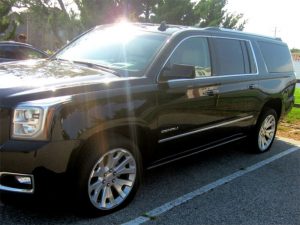 Multiple reports have been filed with law enforcement in recent days of tires being slashed on sport utility vehicles parked at a beach access in Kill Devil Hills and on Hatteras Island.

The Kill Devil Hills incident happened on Wednesday sometime between 3:30 and 4:15 p.m. at the Raleigh Street access. All four tires on a Jeep Wrangler and a GMC Yukon were punctured by an unknown item.

Cpt. J.C. Towler, Jr. with the Kill Devil Hills Police Department’s Criminal Investigations Division said some of the tires had multiple puncture locations that were closely spaced together.

“The vehicles belonged to local persons, though they did not have ‘OBX’ tags that would tend to identify them as such,” Towler said.

On Hatteras Island, there were several reports of tires being slashed specifically on Jeeps.

National Park Service law enforcement rangers were working to gather more information on any incidents that may have occurred in Cape Hatteras National Seashore, according to National Parks of Eastern Carolina public information officer Mike Barber.

Barber noted that back in March two tires on car were cut at the Coquina Beach access on Bodie Island.

All Dare County Schools will be closed to staff and students on Friday, January 21, due to an approaching winter storm, per an update from Superintendent John D. Farrelly. “We are not going to have a remote day for students due to time constraints,” stated Farrelly in the update. “All DCS facilities will be [...] Local News |  Full Article

Dare County has released a video showcasing the 2022 State of the County presentation that was presented at 2 p.m. on Wednesday, January 19, 2022, by Dare County Board of Commissioners Chairman Bob Woodard and livestreamed on the county’s YouTube channel.  In addition, Dare County has also released a short “Year in Review” video [...] Local News |  Full Article