It is amazing just how fast time flies, and that it’s already the middle of July. Seems like you just blink, and the summer is gone.  But we’re not quite there yet.

The weather has remained balmy, to say the least, and we have seen a fair amount of rain and thunderstorms as of late. Nevertheless, the fishing has remained decent and rewarding overall.

I’ll start with the piers.

The summer is prime time for those who enjoy live baiting from the end of the piers. Also known as pin rigging, this fishing pastime is almost cult-like.

You don’t see hundreds of people doing live baiting, but you see the devoted followers regularly.
There are plenty of visitors who come down in summer solely to spend their entire trip doing this type of fishing, and they do it year after year.

Pin rigging does require the use of two rods at once, and a whole lot of patience, as some spend their entire vacation with no bites. Some locals wait all summer for one or two bites. One rod is used for anchoring and holding a special release clip that holds the live bait just under the surface, which is attached to the second rod.

The hope is that a king mackerel, cobia, tarpon, jack crevalle, or other type of large fish will be enticed to eating the live bait swimming around in circles on the end of your line.

As of late, pin rigging has been productive for a lot of the Outer Banks piers. Rodanthe Pier anglers have caught a few — and seen a reasonable amount of — king mackerels, and a decent-size tarpon was caught on Avon Pier.

I know that some find it hard to believe that tarpon cruise our waters, but they do in fair numbers and can be caught as far north as the Eastern Shore of Virginia. While the tarpon are thicker around here than most visitors may realize, it’s still considered quite the accomplishment to catch one — especially from a pier.

This type of fishing does take some skill and a fair amount of specific equipment, so before you go running out the door to try this I would recommend Googling it and see if it appeals to you.
And then I recommend going out on a pier and watching the pros for a little while before committing to it.

However, all fishing must be learned and everyone starts out somewhere, so don’t let it intimidate you.

The usual suspects, such as Spanish mackerel and bluefish, have been caught in the early mornings and late evenings, along with spot, croaker, and sea mullet during the day. The occasional sheepshead has been taken from around the pier pilings.

Surf fishermen find themselves in the middle of the summer doldrums, but still continue to catch fish, although it tends to slow a little bit at this time, especially on the very hot days.

Sea mullet, pompano, spot, croaker, flounder, bluefish and puppy drum continue to make the reports. Don’t expect most days to be very hot and heavy from the surf, but this can change from day to day.

As always I recommend checking with the local tackle shops while you are in town to see what areas might best produce while you are here based on the current forecasts.

Wind plays heavily into which parts of Ocracoke and Hatteras may be the best producers.

The offshore fleets out of Ocracoke, Hatteras, and Oregon inlets have continued to have decent days with mahi, wahoo, tuna, and billfish making the reports.

There have been some really good days of meat fishing. There have been plenty of reports and pics hitting the web of multiple wahoo or tuna catches and plenty of days with the docks loaded with mahi.

Most marinas do offer packaging and freezing for getting your big catches home to entertain family and friends with a fish fry.

The inshore boats have continued to find plenty of bluefish and Spanish mackerel, and the puppy drum fishing has remained consistent. At times, the Gulf Stream water has pushed in very close to the beach and the inshore guys have been able to shoot off the beach a few miles and get good catches of mahi, which is always welcomed.

Wading and kayak fishing in the sound waters has remained spotty at best. But, if you are lucky enough to have a decent day, you’ll see some nice puppy drum that are at the top of or over the slot limit, along with the occasional nice-size flounder and small speckled trout.

Come down and wet a line from pier or surf or book a captain and feel the wind and salt on your face. Something is bound to swim onto your hook. 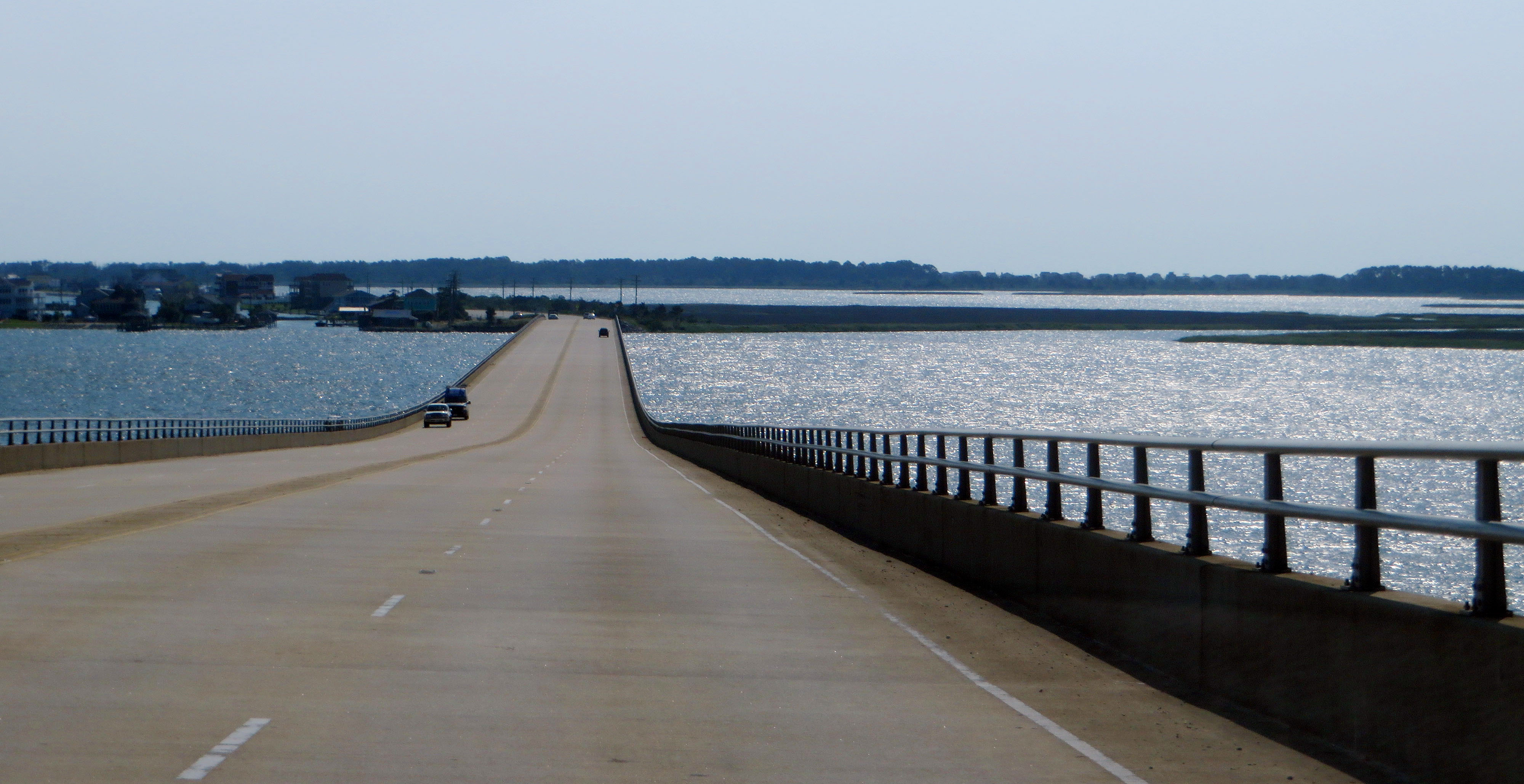 As July 4th approaches and families prepare for cookouts and long days on the beach, many people will be on the water or shorelines with a rod in hand looking for their next catch. With fishing in full swing this season, anglers are getting in as much time on the water as they can before [...] Fishing |  Full Article

One newly amended marine fisheries rule will go into effect July 1. The change clarifies definitions and formalizes procedures for transferring ownership or subleasing of a shellfish lease. As amended, 15A NCAC 03O .0209 (Assignment of Shellfish Leases and Franchises) defines a transfer as a permanent assignment of a shellfish lease or franchise, and it [...] Fishing |  Full Article

The N.C. Division of Marine Fisheries is reminding potential shellfish lease applicants that the 2022 application period ends Aug. 1. The division accepts shellfish bottom lease and water column applications annually from March 1 through Aug. 1. The applications must be either postmarked or dropped off at the Division Headquarters Office at 3441 Arendell Street, [...] Fishing |  Full Article

Reading maps for marine fisheries rules just got a lot easier! The N.C. Division of Marine Fisheries has launched a new interactive mapping tool to assist the public with finding and using maps associated with rules. The Common North Carolina Marine Fisheries Commission Rules application replaces the old, static maps and is useful to both [...] Fishing |  Full Article

On July 4, anglers of any age or residency status will be allowed to fish without a license in North Carolina from 12 a.m. – 11:59 p.m. Free Fishing Day, sponsored by the N.C. Wildlife Resources Commission, is an annual event that was authorized by the N.C. General Assembly in 1994 and always falls on [...] Fishing |  Full Article

Fifteen lucky participants won $100 each in a yearly drawing held by the N.C. Division of Marine Fisheries’ Multi-Species Tagging Program. The tagging program randomly selected tag numbers from over 664 fish tags that were turned in by participants in 2021. Three tag numbers were selected from each of the five species that are tagged [...] Fishing |  Full Article

State certifies first state record Pompano Dolphinfish, and it may ...

The N.C. Division of Marine Fisheries recently certified the first state record Pompano Dolphinfish (Coryphaena equiselis), and it may break the world record. Charles Kenneth Noonan of Sumter, S.C. caught the 11-pound, 5.4-ounce fish at an abandoned raft, about 42 miles off Ocean Isle Beach on June 8. Noonan said he is applying to the International [...] Fishing |  Full Article

The N.C. Marine Fisheries Commission will meet by web conference at 11:30 a.m. June 23 to vote on final approval of nine Joint Rules. These rules pertain to the management of joint fishing waters that are managed jointly with the N.C. Wildlife Resources Commission. The rules are scheduled for readoption without changes under a mandatory [...] Fishing |  Full Article

NOAA annouces changes to Dolphin and Wahoo Fishery in the Atlantic

Recreational Blueline Tilefish in South Atlantic Federal Waters Will Open on May 1, 2022, and Close on July 26, 2022