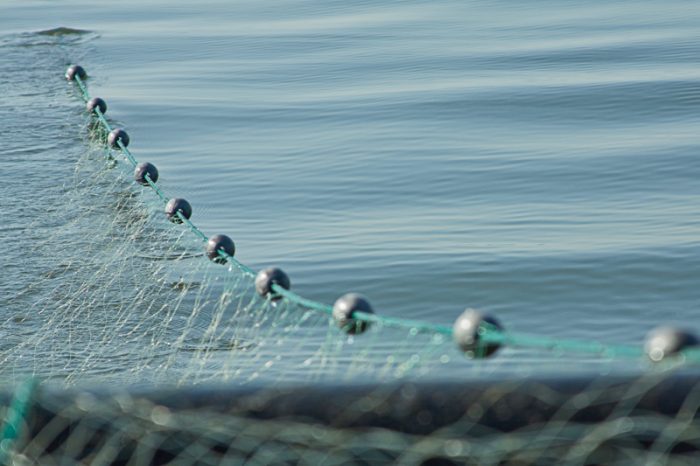 On Wednesday, March 13, the North Carolina Marine Fisheries Commission (NC MFC) held an Emergency Meeting in Kinston, N.C. to discuss directing the Division of Marine Fisheries Director, Steve Murphey, to issue a proclamation restricting the use of gill nets in the Neuse and Pamlico Rivers.

The meeting stemmed from a similar request made by the MFC at their February 2019 business meeting, and after reviewing that initial request, Director Murphey chose not to issue the proclamation.

However, a statute is in place that authorizes the commission to consider “directing” – or forcing the hand of – the fisheries director to issue a proclamation, regardless of refusal, which the commission approved at the emergency meeting in a 5-4 vote.

In a letter sent on March 4 to the commission, Director Murphey outlined his reasons for the initial February refusal, stating that the scientific data did not support such a ban.

“While I respect the concerns of both the public and the MFC, after careful consideration I have concluded that such a measure is not supported by the scientific data that support gill nets as the primary or even the most significant source of discard mortality,” the letter stated.

Murphey also outlined the supporting evidence for the decision in the letter, citing survey data and listing gill net regulations already in place.

It was this March 4 refusal which prompted five Commission members, including Chairman Rob Bizzell, to write letters to the Chairman (Bizzell) requesting an emergency meeting, per the statute that authorizes the commission to consider directing the fisheries director to issue a proclamation.

An announcement was made on Monday, March 11 that the emergency meeting would be held in two days’ time on Wednesday, March 13. Though the quickly scheduled meeting was open to the public, the MFC stated they would not accept public comment during the proceedings.

Once the commission votes under this provision to direct issuance of a proclamation, the fisheries director has no discretion to choose another management option and is bound by law to follow the commission decision.

In these cases, under existing law, the decision of the commission to direct the Division of Marine Fisheries Director to issue a proclamation is final and can only be overruled by the courts.

The hastily called emergency meeting and its approved motion to move forward with the ban and force the director’s hand have drawn criticism from stakeholders throughout the North Carolina coast, which includes fishermen close to home on the Outer Banks.

“If they can do that, i.e., anything they feel like when they please, what does that say about the future of [our waters] and watermen? That’s the bigger issue,” said Capt. Ernie Foster of the Albatross Fleet. “They’re basically saying ‘no one can stop us,’ and they totally ignored the scientific data, and that’s very concerning for us going forward.”

“I am disappointed by the Marine Fisheries Commission calling an emergency meeting with only 48 hours’ notice for a non-emergency,” the statement read. “The Commission used bad judgment in directing the Division of Marine Fisheries Director to take actions that contradict science and the recommendations of the division’s scientists. I certainly hope this is not a precedent we will see again from this Commission.”

The North Carolina Fisheries Association also weighed in on the proceedings soon after the meeting was held.

“The NCFA believes the Commission acted in bad faith showing total disregard for the facts and science that was presented to them and we are currently exploring options for challenging their actions,” said Executive Director Glenn Skinner of the North Carolina Marina Fisheries Association in a statement.

Going into effect on Monday, March 18, the proclamation will remain in place until the Striped Bass Amendment for the Central Southern Management Area is completed, (approximately two years).

“The statute empowering the Marine Fisheries Commission to direct issuance of gill net bans in certain areas does not authorize the Secretary or the Department discretion to overturn such a directive,” stated Secretary Regan.

The March 4 letter from Director Murphy can be viewed in its entirety here. The next meeting of the NC MFC is slated for May 15-17.

Interested in federal fisheries management and want to become more involved? Apply now for open seats on the South Atlantic Fishery Management Council’s advisory panels or to serve as a fishing representative on the System Management Plan (SMP) Workgroup. The SMP Workgroup addresses the needs of managed areas in federal waters in the South Atlantic. [...] Fishing |  Full Article

They swell up, they blow up, they puff up. Their unusual defense against predators makes this blowfish a hoot. Northern puffers are found on the Atlantic coast of North America from Newfoundland to Flagler County, Florida, over sand bottom near or in and around seagrass in waters ranging from 3 to more than 600 feet [...] Fishing |  Full Article

Nothing says fall on the coast of North Carolina like the beginning of oyster season, when people pull out the fire grates and steamer pots and get ready to slurp down a salty treat. But those pearls of delight need to be properly stored and chilled to ensure a healthy eating experience. The N.C. Division [...] Fishing |  Full Article

Dare County has released a new video showcasing the recently completed Bonner Pier, which officially opened to the public on October 1, 2021. The video is above, and can also be found on the following social media channels, in addition to many other video updates from Dare County: YouTube – https://youtu.be/AmSEeoqL9RU Facebook – https://www.facebook.com/CURRENTtvOBX/videos/392727842365914/ The 1,046’ ft. concrete [...] Fishing |  Full Article

The Bonner Pier opened to the public at 8:00 a.m. on Friday morning, October 1, and roughly 20 visitors with gear in hand were lined up to be among the first to fish off the pier. “We heard that they have been waiting for at least an hour,” said Michael Barber, Public Affairs Specialist for [...] Fishing |  Full Article

Cape Hatteras National Seashore, in collaboration with the U.S. Fish and Wildlife Service and North Carolina Department of Transportation, will open the Bonner Bridge Pier to the public at 8 a.m. Oct. 1, 2021. The 1,046-foot remaining section of the former Bonner Bridge, located next to the south end of the Basnight Bridge, will open [...] Fishing |  Full Article

The N.C. Division of Marine Fisheries is reminding those who wish to apply for assistance from the 2021 Consolidated Appropriations Act (CARES Act II) Fisheries Relief Program that they must do so by Oct. 1. The financial assistance is available to eligible commercial fishermen and marine aquaculture operators, seafood dealers and processors, and for-hire fishing [...] Fishing |  Full Article

Blessing of the Fleet draws a crowd to honor local Hatteras villag ...

The weather was clear and kind to the 25 vessels that participated in this year’s Blessing of the Fleet on Saturday evening, which is an integral part of Hatteras village’s annual Day at the Docks Festival. Though this year’s Day at the Docks was scaled down to just a handful of small events due [...] Fishing |  Full Article