The constellation Orion is famous for for M42, the Orion Nebula, but there are a lot of lesser-known nebulae in this constellation. M42 is located at the second star of Orion’s sword, but if you look at the first star of the belt you will find the Horsehead Nebula (IC 434) and the Flame Nebula, NGC 2024.

This is the “Horsehead Nebula”. 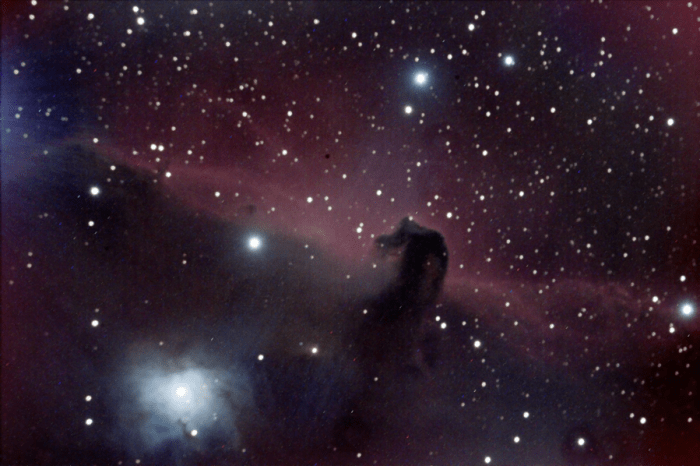 The first image of IC 434 was taken in 1888 by Williamina Fleming. Despite that image, William Pickering is credited with discovering it in 1889. E. E. Barnard published a description of this nebula in 1913 and cataloged it as Barnard 33 in 1919.

The part we recognize as a horse head is dark dust that obscures the glowing-red hydrogen gas behind it. IC 434 has a visual magnitude of +7.3. It’s about 800 light years away from us.

The bright object in the lower left of the picture NGC 2023, a +10 magnitude nebula that is 1500 light years away. 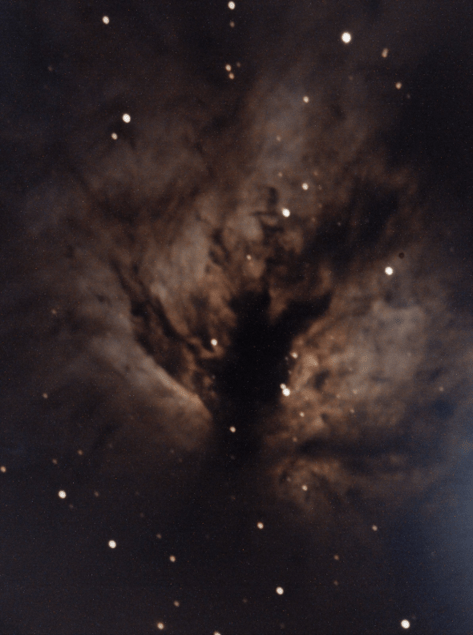 Venus will continue to be the bright star in the western skies at sunset! Mercury will also be visible near the Western horizon right after sundown. Mercury is the smallest planet of our Solar System and the closest to the Sun, so it deserves a little respect.

Neptune and Uranus are also in the evening skies. Neptune starts out pretty close to Venus, but as the days pass, its apparent position get closer to Mercury. You’ll need binoculars to find Neptune but it could be a fun activity for the family. Uranus is higher in the sky and further East then Venus. You’ll need binoculars or a telescope to spot it, too.

If you’re an early riser, look for Antares, Mars, Jupiter, and Saturn in the morning sky just before sunrise. The dwarf planet Pluto is right between Jupiter and Saturn but I think it’s out of sight for all of us on Hatteras Island.

There are no major meteor showers in February. But remember there is always a chance of seeing a shooting star.