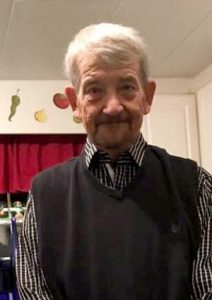 Doug was born and raised in Newport News, VA. He graduated from Warwick High School in 1970 and was always proud to be called a “farmer”. Doug then attended Thomas Nelson Community College where he studied Oceanography, Marine Science and Emergency Medicine. He retired from Newport News Fire Department after 25 years of service as a Master Medic/Firefighter. He also worked as a Curatorial Technician for Mariner’s Museum from 1978-1988. Following his retirement from NNFD Doug moved his family to the OBX of NC where he volunteered for Colington Volunteer FD.

Doug is survived by his loving wife of 45 years, Ruthann, and his beloved son, Alexander and his wife, Tricia. He was also the proud grandparent to William and Kaitlyn. Doug is also survived by his sister, Emily Ross Woodward, a brother-in-law, James Hux, his sister-in-law, Darrell Kelley Curtis and her husband, Dennis. Additional survivors include numerous nieces, nephews and cousins and a very special friend, Vicky Sterling.

We will miss Doug, especially his laugh and never-ending stories, but most of all his love of mankind. Plans for an ocean front memorial service are pending. Details will be available in the near future at www.gallopfuneralservices.com.

Louelle Spencer Midgett, 86, of Rodanthe, NC passed away Wednesday, July 8, 2020, at Vidant Medical Center in Greenville. She was born November 22, 1933, to the late Herman B. and Flora Burrus Spencer of Ocracoke, NC. Mrs. Midgett was preceded in death by her husband of 50-years, William Midgett; a sister, Gaynelle Tillett; and [...] Obituaries |  Full Article

On July 7, 2020 Carole Howell was called “Home”. Carole would be turning 80 this July. She was born in Hatteras N.C. and settled in Philadelphia around 8 years of age. She lived a full life as a devoted daughter to Charles and Murrell (Austin) Howell and beloved sister to Wendell and Vernell Dorner. She [...] Obituaries |  Full Article

MANTEO –It is with a sense of great loss that the family of Savannah Lee Brill announces her passing on July 4 ,2020. Savannah was born on January 23,1987 and she lived a life that was full of mountain tops and deep valleys.  She fought setbacks for the majority of her life, including some she [...] Obituaries |  Full Article