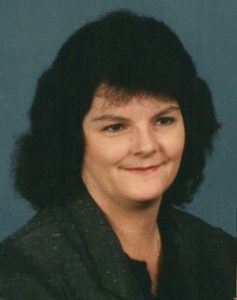 WANCHESE – Georgia Wilson Mauldin, born May 10, 1959 in Cape May, New Jersey, passed away at home on December 22, 2019 in Wanchese, North Carolina. She was born to Mary Jane Nelson Wilson Saunders and John McKinley Wilson. Her father passed away in 1960 and her mother married Calvin Saunders who loved Georgia as his own daughter.

Georgia moved to the Outer Banks of North Carolina when she was 14 years of age. She graduated high school and college as well as started a career in insurance all the while never truly growing up.

She had two sons Christopher Calvin Mauldin and Robert Adam Mauldin better known as Rambo. Rambo passed away in 1997.

Georgia lived her life on her own terms. Both stubborn and loyal she would argue about the color of the sky but give you the shirt off her back. Georgia suffered from many health concerns later in life but never lost the will to fight or her love of life and family.

Georgia was preceded in death by her mother Mary Jane Saunders, her brother Calvin Wayne Saunders, and her son Robert Adam Mauldin (Rambo). She is survived by her stepfather, Calvin Saunders, her son Christopher Calvin Mauldin, her siblings Mandy Scanlon, Timothy Saunders, Tracy Ware, and Torrie Pugh as well as a host of nieces and nephews all of which will strive to carry on her love of life and will to fight.

Per her wishes, interment will take place at Manteo Cemetery.