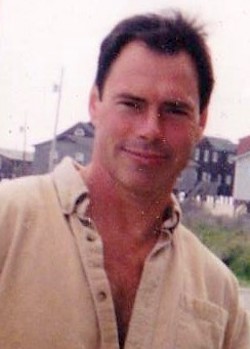 Kenneth Elwood Mason, Jr., 63, of Rodanthe, NC passed away in his home on February 9, 2019, in the company of his friends. He was born in Baltimore on December 2, 1955, to his late parents Kenneth E. Mason, Sr. and Maureen Z Mason. He grew up on Staten Island, NY until the age of 13 when the family moved to Flemmington, NJ. In high school Ken ran track, primarily the 400m, and won in his district several times. It was in his high school years that he developed a lust for the sky and became a pilot at age 18. His love of aviation stayed with him for his lifetime.

He attended the University of Colorado and was an eager student. He explored chemistry, physics, and Newtonian mechanics with passion. There was little of more import to him than learning and expanding his understanding of the fundamental truths of this life. He continued running track in college, competing in the Penn Relays and was invited to try out for the Olympic team in 1974.

He eventually finished his degree in Chemistry at the University of Delaware and upon graduation worked in a chemistry lab for Helix Corporation.

Life gradually led him back to the city that he had loved as a child, New York City. There he learned and honed his craft in carpentry. He became a General Contractor and started his own company, KenCo. He remodeled penthouse apartments all over the city and had his work published in Architectural Digest in February 1999 for a building remodeled in Hell’s Kitchen.

When Ken moved to the Outer Banks in 2000 in search of a slower pace, he continued his career in General Contracting, starting K. Mason Construction on Hatteras Island. It was on Hatteras Island that Ken began his 19 years of service to Dare County. Ken joined Chicamacomico Banks Fire Department in July 2001 and quickly became an integral part of the department. He served individuals and the community in plentiful ways, from building storage for the thrift store to building a gym in the fire station. He played a key role in establishing beach patrol units on the northern end of Hatteras Island and became the Assistant Captain of the CBFD Water Rescue Team. He trained for and responded to calls and rose through the ranks to become a Lieutenant of the Fire Department. He was the Captain of the Chicamacomico Rescue Dive Team and a driving force behind Dare County’s Scuba Search and Recovery Team. He was a certified Dive Master and responded to several recoveries in Dare County. He also served as a board member for the department for several years. Ken made his home on the Outer Banks for the last 20 years and he was committed to Chicamacomico Banks Volunteer Fire & Rescue.  One of the greatest pleasures of the later years of his life was to be with the people of the island community he came to love.

The family would also like to extend their gratitude to three friends who provided love and excellent care for Ken at the end of his journey, Trisha Bobb, Rob Covey, and Mick Harris.

A memorial service to celebrate his life will be held on March 9th at 2:00 pm at the Rodanthe-Waves-Salvo Community Building located at 23186 Myrna Peters Rd, Rodanthe, NC 27968. In lieu of flowers donations can be made to the Chicamacomico Banks Fire and Rescue.

Twiford Funeral Home is assisting the family with arrangements. Condolences may be expressed at www.TwifordFH.com.