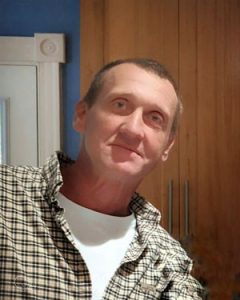 A native of the Outer Banks, Doug was the son of the late June Gray Perry and Rupert Parker Perry.

Doug was kind and outgoing, always ready for adventure. His upbeat personality and joking manner always put a smile on your face. He never knew a stranger and when you crossed paths, you had a friend for life. Doug loved to cook with his siblings and enjoyed being surrounded by family. He was always willing to lend a helping hand and was no stranger to hard work. When working, he gave his all and he was good at what he did. Doug had the privilege of working for Jimmie at Summerells Concrete Work for over the past twenty years. Doug’s heart of gold is what will be remembered most.

“As water reflects a face, so a man’s heart reflects the man.” Proverbs 27:19

In lieu of flowers, the family asks that donations be made to Outer Banks Dare Challenge (PO Box 123, Wanchese, NC 27981 or online at www.outerbanksdarechallenge.org).