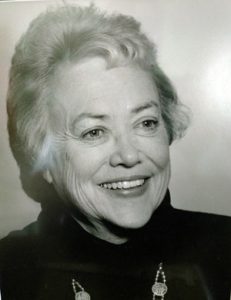 Born in Dover, NJ on August 7, 1933, she was the daughter of the late Phyllis Grover Crater and Ronald Crater.   She graduated from Sweet Briar College VA with a BA in Drama.

Dede was the Director of Sun Sounds Radio Reading Service for the blind, visually impaired and others unable to read the printed page in Phoenix AZ for 18 years. She was President of the Association of Radio Reading Services and received The C. Stanley Potter Award and an American Point of Light from President Bush.  Dede was an avid collector of Native American Art and her crowning achievement in retirement was to become a docent at the Heard Museum in Phoenix, AZ.

In addition to her parents, Dede was preceded in death by her daughter, Elizabeth Pearse.

In keeping with her wishes, there will be no service at this time.