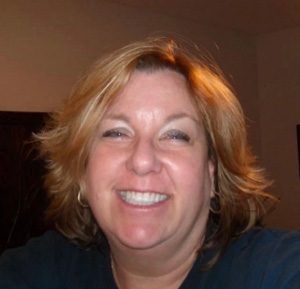 OCRACOKE — Teresa Marie Coffey O’Neal died June 23, 2022, at her home in Ocracoke, North Carolina, with her husband by her side.

Teresa was born on April 5, 1962, in Hollywood, California to James Lawrence “Larry” and Mary Angie Rohde Coffey.  Teresa grew up in Southern California and graduated high school in Bend, Oregon.  After graduating high school, she returned to Malibu, California to attend UCLA.  After leaving UCLA she began a teaching career at Malibu Methodist School, where she taught for more than 18 years.  In the summer of 1999, Teresa came to Ocracoke for a vacation to see some long-time friends, she quickly fell in love with Ocracoke and one of its local boys, Albert O’Neal.  The next summer she returned and made Ocracoke her home, marrying Albert in 2002.  In 2003 Teresa and Albert purchased The Island Ragpicker and ran a successful business until the time of her death.  Teresa was an active member of the Ocracoke Volunteer Fire Department, and served as their Treasurer for 17 years, until illness would no longer allow her to serve in this position.  Many people referred to Teresa as the “Bingo Queen”.  For many years, locals and visitors alike looked forward to the weekly Bingo game that was held at the Old Ocracoke Fire Department.  You simply did not attend Bingo that Teresa and Albert were not there running the show.  This fundraiser, along with the Annual Ocracoke Volunteer Fire Department Firemen’s Ball were instrumental in the construction and ultimate completion of the new Fire Department.  Teresa, being a small business owner, served on the Ocracoke Civic and Business Association Board for two years.  Teresa was also a leader for the Ocracoke Girl Scout Troop for six years and touched the lives of many of the island’s youth.  Teresa also served on the Board of Directors for the Ocracoke Island Day Care Center for 5 years.  Coming from a teaching background, these positions were near and dear to Teresa’s heart.

She was preceded in death by her father, James Lawrence “Larry” Coffey.

A celebration of life will be held later in the fall at a time to be determined.