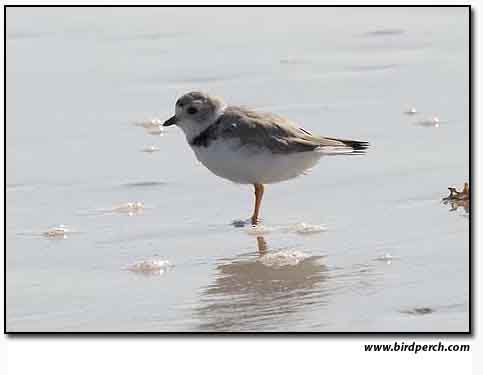 The Park Service has released the Cape Hatteras National Seashore 2010 annual reports for protected species and a report on the status of its off-road vehicle management.

The following 2010 reports have been posted on the park planning (PEPC) website under the Interim Protected Species Management Strategy project:

Some of the highlights of this year’s report:

2010 was a good year for piping plovers on the seashore. Twelve breeding pairs were identified, the most since 1996 when 14 were observed. Nests were documented at Cape Point, South Beach, North Ocracoke Spit, and South Point on Ocracoke.  Fifteen chicks fledged last year from six broods for a fledge rate of 1.25 chicks per breeding pair.  That is the highest number of fledged chicks since record keeping began at the seashore.

Once again, the annual surveys turned up no seabeach amaranth plants on the seashore. None have been found here since 2005.

Colonial waterbirds nesting appeared to be down in 2010, compared to 2009, even though resource protections were similar both years. The Park Service says that one explanation for the high nest numbers in 2009 is that early season storms forced the birds to abandon their first nesting attempts on the offshore islands and nest in larger numbers on the seashore. There were no early season storms in 2010 and the nesting numbers on the seashore declined.

In its status report on off-road vehicle rulemaking, the Park Service confirmed what officials told Judge Terrence Boyle in a status conference last year – that the final rule will not be ready by April 1, as required by the consent decree. Now, the Park Service says the final rule will be completed this summer and will be implemented in the fall.

You can read the entire reports at http://parkplanning.nps.gov/document.cfm?parkID=358&projectID=13331&documentID=38808

Federal Judge Terrence Boyle, who is overseeing the consent decree that settled a lawsuit against the Park Service, is expected to schedule another status conference on the reports and the ORV plan later this winter.