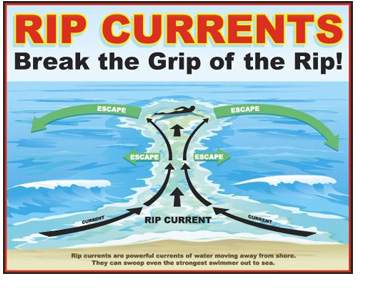 A 44-year-old visitor to the Cape Hatteras National Seashore died on Thursday, Aug. 7, a day after he was rescued from the ocean near Ramp 49 in Frisco.

According to the Park Service, the emergency call was received about 5 p.m. on Wednesday, Aug. 6, for a swimmer in trouble.  The Hatteras Island Rescue Squad and Dare County Emergency Medical Services responded.

Rescue squad personnel reached Hooper, who was about 100 yards offshore, on a surfboard and brought him to the beach with a personal watercraft.

The Park Service report on the incident said there appeared to be a rip current in the area.  Seas were still rough from the passage offshore of Tropical Storm Bertha on Tuesday.

First responders performed CPR on the victim for about 10 minutes, and at the end of that time, he had a pulse, according to the report.

Hooper was transported by ambulance to Vidant Family Care in Avon and flown from there to the Norfolk hospital.

Emergency responders and medical personnel apparently thought he was going to make it, but were informed yesterday of the death.

Another visitor, Karl Voglmayr of Washington, D.C., used a boogie board to rescue Hooper’s wife, Debbie, who was also in the water.

The couple had been at the beach with their two children.