The establishment of a new Tax Service District in Avon to fund a potential beach nourishment project will be discussed at the next Dare County Board of Commissioners meeting, which is scheduled for Monday, March 15, at 5:00 p.m.

The proposed Avon Beach Nourishment project will place over 1 million cubic yards of sand along the beaches of Avon, likely from an offshore borrow pit. The nourished shoreline will extend from about 3,000 feet north of the Avon Pier at Due East Road to the southern boundary of Avon, covering approximately 2.5 miles of oceanfront. If approved, the project is slated to begin in the spring of 2022, and will take an estimated 90 days to complete. 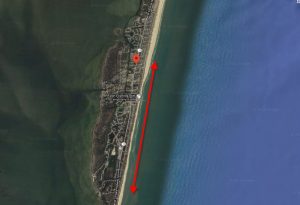 Per the project proposal, Avon property owners will pay approximately 50% of the beach nourishment project cost, and Dare County will pay the other 50% out of the Beach Nourishment Fund, which is funded by the county’s occupancy tax.

Dare County proposes to tax the properties on the oceanside of N.C. Highway 12 from Due East Road to the southern boundary of Avon at a higher rate, as this stretch of shoreline is adjacent to the proposed beach nourishment project, and will likely receive the greatest benefit. The rest of the properties in Avon will also be taxed, but at a lower rate.

A public meeting was held on February 24 regarding the project, which garnered multiple comments from more than 40 Avon residents or property owners.

Per a recent announcement from Dare County, virtual public comments will now be accepted during the public comment period that takes place at the beginning of Board of Commissioners meetings.

Due to COVID-19 restrictions, the Board of Commissioners meetings have been held virtually since last spring, and have been live-streamed on the county’s YouTube channel at www.YouTube.com/DareCounty. Although individuals have been given the chance to submit public comments via email since the meetings went virtual, county officials have decided to take public engagement a step further by accommodating citizens who’d like to speak at the meetings directly via a webinar platform.

During the public comment period, speakers are permitted to address the entire Dare County Board of Commissioners for up to five minutes regarding any topic, issue, or item of concern.

To register to offer a public comment during the March 15 Dare County Board of Commissioners meeting, go to https://attendee.gotowebinar.com/register/1523638755994036240.

For more information on the proposed project, see the Avon Beach Nourishment FAQs or visit the Dare County website at https://www.darenc.com/government/avon-beach-nourishment. 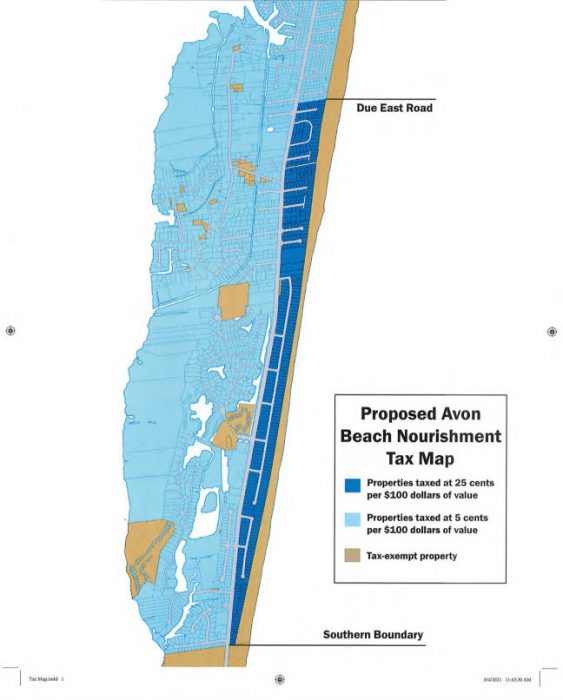