Dorian is forecast to become a major hurricane and track toward the Florida coastline late this weekend, per a Thursday morning update from the National Weather Service.

Though the forecast track has Dorian headed west, local impacts of increased swell and a high risk of rip currents will continue throughout the next few days for the Outer Banks.

As of 5 a.m. on Thursday, Dorian was located about 150 miles NNW of San Juan, Puerto Rico, and about 425 miles ESE of the Southeastern Bahamas.

Dorian is moving toward the northwest near 13 mph (20 km/h), and this general motion is expected to continue through Friday.  A west-northwestward motion is forecast to begin Friday night and continue into the weekend.  On this track, Dorian should move over the Atlantic well east of the southeastern and central Bahamas today and on Friday, and approach the northwestern Bahamas on Saturday.

Maximum sustained winds are near 85 mph (140 km/h) with higher gusts.  Strengthening is forecast during the next few days, and Dorian is expected to become a major hurricane on Friday.

Meanwhile, Erin has been downgraded to a Post-Tropical Cyclone with maximum sustained winds are near 35 mph and continues to linger offshore. A moderate to high threat of rip currents along the Outer Banks remains in effect for Thursday.

A turn toward the northeast and a faster forward motion are expected later today, with this motion continuing through Friday. Erin is expected to strengthen a little on Friday before it is absorbed by a larger extratropical low over eastern Canada Friday night. 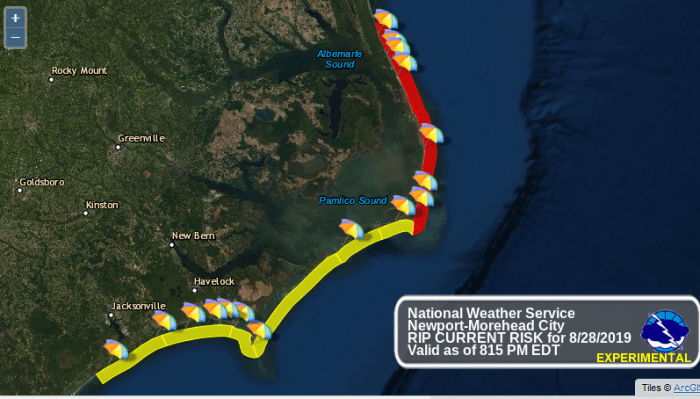 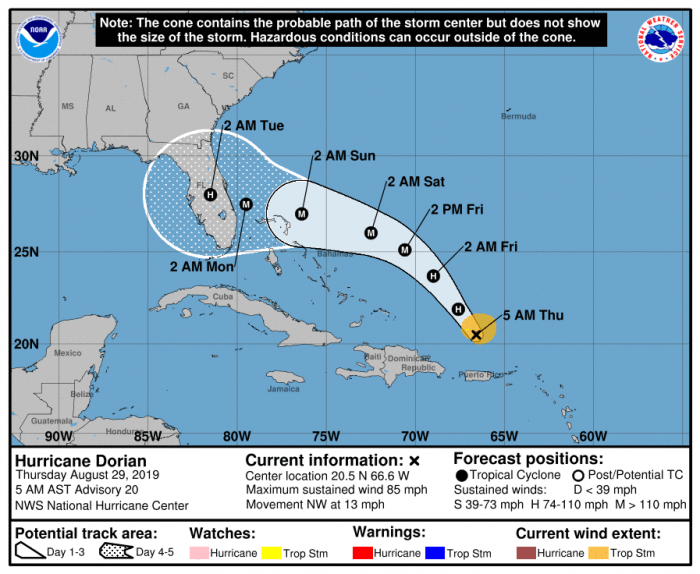