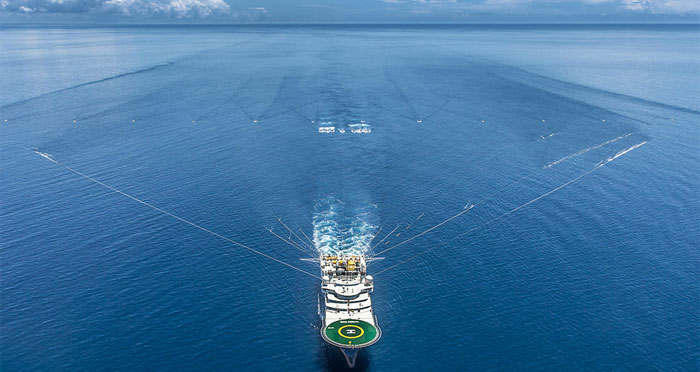 A group of conservation organizations today asked a federal judge to block the start of harmful seismic airgun blasting in the Atlantic Ocean, a precursor to offshore drilling, until the case can be fully heard in court.

The motion for a preliminary injunction filed in federal court in Charleston contends, among other things, the Trump administration’s approval for five companies to harm ocean animals with seismic airgun blasting violates three federal laws — the Marine Mammal Protection Act, the Endangered Species Act, and the National Environmental Policy Act.

Separately, 16 South Carolina coastal communities and the South Carolina Small Business Chamber of Commerce also filed a lawsuit to prevent seismic blasting. That lawsuit has been merged with the one from the conservation groups. Ten East Coast attorneys general, including South Carolina’s Alan Wilson, have intervened in the combined lawsuits.

However, without today’s request from the conservation organizations, the blasting could begin before this case is fully resolved.

The filing asserts that:

The filing also claims the blasts could irreparably harm the small population of the critically endangered North Atlantic right whale, a species on the verge of extinction. There are only about 400 right whales remaining in the Atlantic. Further, the filing shows that blasting ships would “concentrate their fire” on the world’s densest population of acoustically sensitive beaked whales off North Carolina’s Outer Banks.

“Seismic testing can be harmful and even fatal to the millions of dolphins, whales and other marine animals in the Atlantic,” said Surfrider’s Legal Director, Angela Howe. “We will fight to prevent this damaging first step to offshore drilling at every turn, and this preliminary injunction motion is intended to stop the destructive activity before it starts. Together, we will continue to stand up to protect our marine environment and our ocean ecosystems for this and future generations.”

“This important issue deserves a fair day in court. We can’t let this dangerous activity cause a species to go extinct just so the oil industry can open our oceans to offshore drilling. Up and down the Atlantic coast, businesses, communities and bipartisan elected officials are overwhelmingly opposed to seismic airgun blasting. Every East Coast governor and over 90 percent of coastal municipalities in the blast zone are opposed to opening our coast to drilling…” said Diane Hoskins, campaign director at Oceana. “We are going to do everything in our power to stop this unlawful, irreparable and needless harm.”

The case number is 18-3326 in United States District Court for the District of South Carolina. It is assigned to Judge Richard Gergel.