The N.C. Department of Transportation has another new tool to help make our roadways safer: Drones.

This week, the Marc Basnight Bridge over Oregon Inlet became the first bridge in the state inspected using a drone as part of the regular biennial inspection process.

Inspection crews monitored live high-definition video feeds from the drone as it was flown around the bridge’s 10 largest columns, looking for any potential defects that would require further action.

NCDOT will use drones to conduct bridge inspections faster, saving money and reducing the need for lane closures. Drones will not replace a traditional visual inspection in most instances. 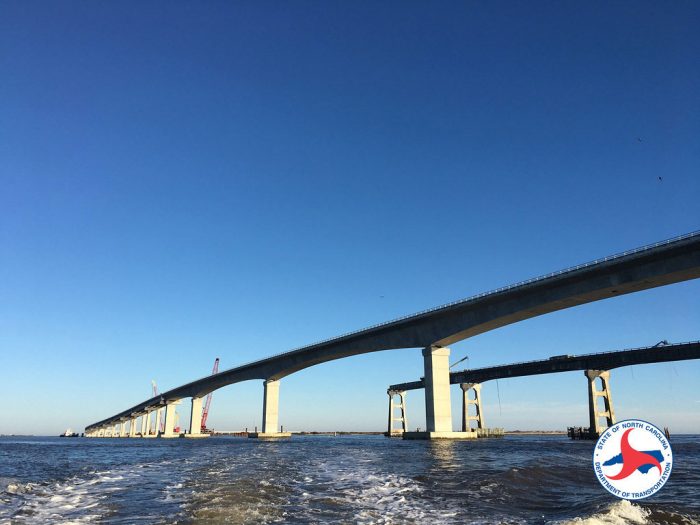 However, they will be used to supplement traditional inspections and add great benefit by being able to inspect areas of the bridge that are difficult to reach during a traditional visual inspection.

A waiver granted to NCDOT in 2020 by the Federal Aviation Administration allows the department to operate drones beyond visual line of sight (BVLOS) when inspecting bridges. This lets the operator fly the drone around pillars, between girders, and even inside columns.

The drone used in this case, a Skydio 2, is equipped with detect-and-avoid technology that allows it to operate within a foot of the bridge structure without risk of crash. 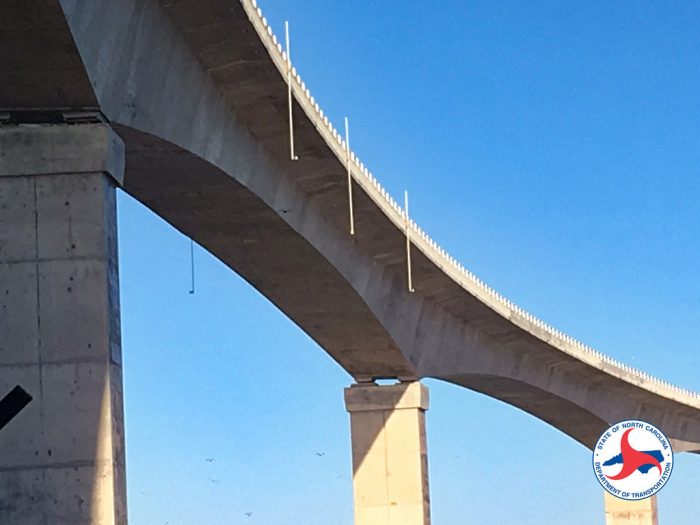