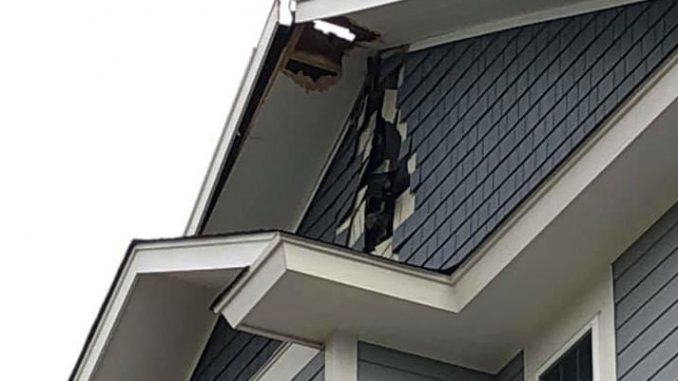 A brief but strong thunderstorm on Monday afternoon resulted in a lightning strike at a home in Salvo, although there was no fire reported, and everyone within the home was unharmed, per the Chicamacomico Banks Water Rescue.

The Chicamacomico Banks Volunteer Fire Department responded to a report of the lightning strike at Tarheel Court at 4:10 p.m. on Monday, OBX Today reported. The home suffered significant damage to the north peak, but there appeared to be no other structural issues.

The Monday afternoon storms were short-lived and brought less than an inch of rain to most of Hatteras and Ocracoke islands, however multiple residents and visitors captured photos of the severe thunderstorms approaching the area via dark cloud formations over the Atlantic Ocean and Pamlico Sound.

The weather forecast for the next several days is relatively mild, with no additional thunderstorms expected in the immediate future.