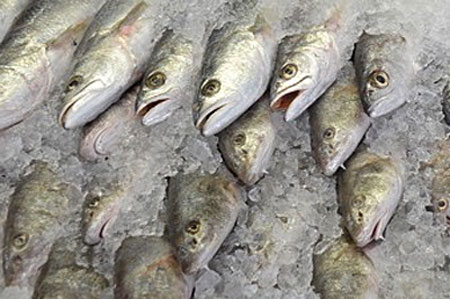 Just as the N.C. Marine Fisheries Commission convenes on Wednesday for its quarterly meeting in Raleigh, there has been a complete turnover of the panel’s commercial fishing members.

By statute, the nine-member board must include three members representing the commercial industry. Sammie Corbett and Alison Willis, both of whom have served since 2014, submitted their resignations Monday night.

Mike Blanton of Elizabeth City was to be sworn-in at the start of the two-day session at the DoubleTree by Hilton Brownstone University Hotel.

The commission is appointed by the governor to implement policies and rules for the management of finfish and shellfish in the sounds, coastal rivers and Atlantic Ocean. The board also has oversight of the N.C. Division of Marine Fisheries.

Both the N.C. Fisheries Association and N.C. Watermen United sent letters Tuesday to state officials asking that no action be taken on any issues that affect the commercial industry until there is full representation.

N.C. Watermen United is a consortium of recreational, charter and commercial fishing members, while the N.C. Fisheries Association represents the commercial industry.

A commercial fisherman who works primarily on the Albemarle Sound, Blanton was appointed last month by Gov. Roy Cooper to replace Janet Rose of Currituck after her term expired.

Corbett, a crabber and a dealer who represented the southern region of the state, had served as the chairman of the full body until last month. His term on the board was through 2020.

Willis has occupied the seat for a commercial fisherman or spouse and represented the central part of the coast. Her term was to end next year.

Neither Corbett or Willis could be reached for comment, but Willis’ resignation letter was made available.

“The currently accepted attitude and apparent approval of fisheries management by lawsuit, petition or simple corruption is not something that I can tolerate,” Willis said.

She also questioned what she characterized as awarding seats to political donors in spite of their lack of knowledge of natural and man-made influences on fisheries.

Rob Bizzell of Kinston was tapped by Cooper in July as the new chairman of the commission and to fill a recreational slot.

He previously served as both a member and chairman of the commission in the 2000s during the tenures of previous Gov. Mike Easley and Gov. Bev Perdue.

He is founder of Realo Discount Drug Stores, co-founder of Carolina Home Medical and also served as the president of the North Carolina Pharmaceutical Association.

He is an attorney and businessman who works in real estate development and commercial real estate investment and management, including apartments in New Bern and affordable housing in Charlotte.

Hendrickson also serves on the Global Transpark Authority and was the founding chairman of North State Bank.

According to state statutes, if the chairman and at least one commercial member and one recreational member is present, the commission can conduct business as usual.

However, if there are no commercial representatives or recreational appointees at the table, no votes can be taken and the chairman is to schedule another meeting within 30 days.

At the second meeting, regardless of lack of representation of a sector, business can be conducted if there is a simple quorum of five members.

Sam Walker contributed to this report