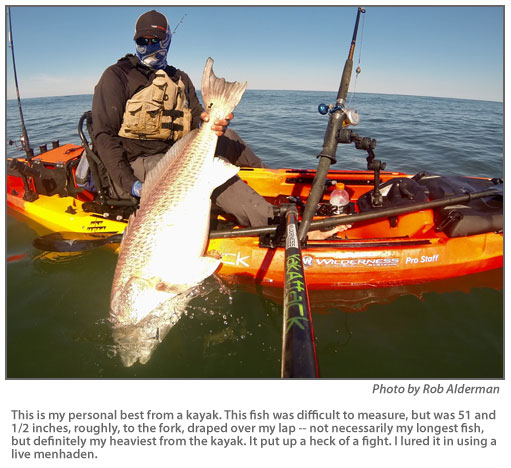 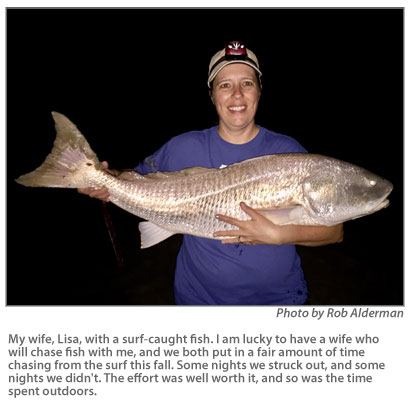 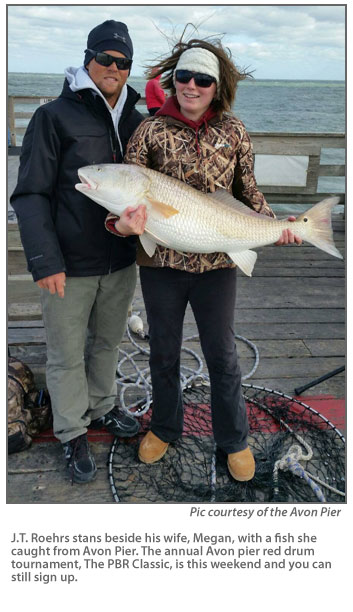 On the heels of Hurricane Mathew, fishing seemed to pick up.

Many people throughout along the East Coast suffered damage from Mathew. Many on the Outer Banks saw historic flooding. I was one of them. I live in a 1-in-100-year flood plain, and my house took knee-deep rain water. But, it was minuscule in comparison to southern Hatteras and other parts of the state.

So, I’ve counted the blessings I can, and I am moving on with repairs.

With that said, drum fishing really began in earnest after the hurricane passed us. There had been some fish caught from pier and surf before the storm, but catching the fishing really picked up afterward.

The north beach piers, such as Avalon, Nag’s Head and Jennette’s, saw a trickle effect, where a handful of drum were caught each time the conditions got right. Jennette’s seemed to fare better in the numbers game, most likely because  it’s the longest pier.

But clean through the first of November, the drum bite maintained a picking effect with  30 to 50 or more fish caught some days.

The water stayed warm up until recently, which prevented the Chesapeake Bay fish from making a major push. Warmer water and sporadic northeast winds led to the fish coming through, in most cases, in small pods.

I put in some time chasing the fish prior to the storm on the north beaches and some time after it.
It was easy to see the difference.

I managed to catch citations from the pier, surf ,and kayak — with my best day going to the kayak, when I hooked 14 drum and landed nine.

The drum seemed to make a late appearance in any real numbers on Cape Point. Generally, the drum start to make an appearance sometime in early September and hang around until the end of October or so, when the water starts to drop to around 60 degrees or below.

But this year, there was only the occasional fish for most of the season, until recently when they made a solid showing.

Wind, weather, bait, fish patterns and the structure of the Point itself all play into the bite, so who knows why it was a lackluster season out there? The water temperature is still solid for more bites, and with a decent southwest wind, it could easily happen.

Anglers on Rodanthe and Avon piers have had their catches increase since the storm, especially in the past 10 days or so. Once again, a lot plays into drum fishing, but the conditions are still solid for island pier bites and more than likely they will happen. Both piers have seen solid bites until the end of November and well into December when they stayed open.

Drum have been caught from the Hatteras and Ocracoke surf.

The participants in this year’s NCBBA Red Drum Tournament found some, and I’ve seen plenty of pics of drum that have been caught since then.

Tradewinds Tackle on Ocracoke has posted plenty of photos the past several weeks of nice citation drum, and at times the bite has been very decent.

Captain Norman Miller of The Rascal out of Ocracoke has had days where he caught more than 100 drum. A fair amount of those were yearlings, but it takes some serious schools to throw up those numbers. And, he has had several hard-to-believe kind of days.

It’s safe to say that the north beach bite is definitely winding down with the cooler weather, as the water temp always falls long before Hatteras and Ocracoke.

Given the push of fish now from both the Chesapeake Bay and the Pamlico Sound, I feel like Hatteras still has a lot more to come if the weather cooperates. But time will tell.

This time of year is when the rest of pier and surf fishing generally begins to slow. Anglers will see fewer sea mullet, spots, blues, Spanish, flounder and so on—and more puppy drum and speckled trout while the weather holds out.

The offshore king mackerel bite has been really good lately, when the conditions have shaped up. Lots of the feisty fellows have made the reports, and if you’ve never chased down the fall kings, I highly recommend it. Plenty of local guides offer these types of trips, and even the head-boat Miss Hatteras offers affordable trips for these fish.

The offshore fleets are still picking at some blackfin and yellowfin tuna, along with the occasional wahoo.

It’s November, and the reports tend to show fewer fish no matter what, as there are fewer charters booked and fewer anglers on the shores and piers. In reality, the fishing may be really hot, but it can be hard to gauge.

If you are looking to book an inshore, nearshore, or offshore trip, now is the time, as the captains have a fair amount of flexibility in their schedules. If your trying to come down and soak baits from pier or surf for a few days or a week, great deals can be found in the  area’s motels and vacation rentals.

In the grand scheme, this is the last hoorah for Hatteras and Ocracoke islands. There will be a visitor push around Thanksgiving, but this is the downward slide for the 2016 tourist and angling seasons.

The weather forecasts are fair, if you ask me. Lows in the 50s and highs in the 60s isn’t a bad forecast for November. And, as I said, it’s possible that the milder temps continue to push the fish in to be caught.

One thing is for certain — you can’t catch them sitting at home. Go put in some work and see what the rewards are.

(Rob Alderman has lived on the Outer Banks for more than 16 years and has worked in the recreational fishing industry the entire time. A former variety fishing TV show host, beach fishing guide, tackle shop and pier employee, Rob currently owns and operates Outer Banks Kayak Fishing. He is on the Pro-Staff of Bending Branches LLC, Wilderness Systems Kayaks, Release Reels, Yakattack and is an ambassador for Ugly Stik. You can follow his adventures at www.FishMilitia.com or OuterBanksKayakFishing.com.)