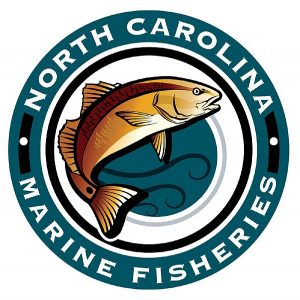 A public hearing for two marine fisheries proposed rules that was scheduled for last night did not occur due to a technical problem. The hearing will be rescheduled and announced at a later date.

In the meantime, members of the public also may submit written comments through an online form or through the mail to N.C. Marine Fisheries Commission Rules Comments, P.O Box 769, Morehead City, N.C. 28557.

The N.C. Marine Fisheries Commission is accepting public comment on the proposed re-adoption and amendment of one rule under a state-mandated periodic review schedule and proposed amendments to a second rule.

The first rule sets requirements for the harvest classification of shellfish growing waters in and around marinas, docking facilities, and other mooring areas. It is proposed for re-adoption and amendment to help ensure that North Carolina remains in full compliance with national requirements so that N.C. shellfish can continue to be sold through interstate commerce.

Proposed amendments would also allow the N.C. Division of Marine Fisheries to determine necessary buffer closures for shellfish growing waters in and around these areas based on a more scientific and public health-based rationale and make implementation and enforceability of requirements clearer.

The second rule is proposed with amendments to mutilated finfish requirements. Amendments would provide flexibility to manage variable conditions for the use of finfish as cut bait by simplifying the rule so that only species subject to a possession limit are subject to the mutilated finfish requirements unless otherwise specified in a N.C. Marine Fisheries Commission rule or a proclamation issued under the authority of a N.C. Marine Fisheries Commission rule.

Text of the proposed rules can be found on the N.C. Marine Fisheries Commission’s Proposed Rules Page.

The proposed rule changes will be presented to the N.C. Marine Fisheries Commission for final approval in February 2023 and have an earliest effective date of May 1, 2023.