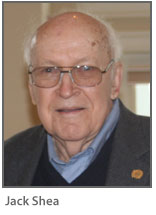 Much has been put forth in the media citing polls that Americans believe that our government in Washington, D.C., is non-functional.  Confidence in Congress is near the bottom of the scale.  This has been true for both Democrat and Republican majorities in Congress.

It appears that the majority of our people believe that those elected have not fulfilled the hopes and aspirations of the voters. Our government should work together and respond to their needs and to the promises made by the candidates.

Unlike on the national scene, here in Dare County, your Board of Commissioners has, to date, put forth many actions which will lead to positive results. These have resulted because the board members elected by both political parties have been working well together.

The following is a partial listing of the accomplishments to date:

In summary, an objective individual reviewing the above listing of what this board has accomplished to date would have little doubt that this elected board has functioned well.

Governor Roy Cooper today shared that North Carolina will continue working with schools, teachers, parents, and health experts to ensure that plans for school this coming year will protect everybody, especially those at high-risk. “We want to get our students back in the classroom, and we want to make sure we get this right. My [...] Local News |  Full Article

December 16, 1928 – June 22, 2020 SOUTHERN SHORES — Phyllis Wise Hooper completed her earthly life of 91 years on June 22, 2020 at her home in Southern Shores. Married to Dwight Hooper for 63 years, she is survived by her four children Betty, Buddy, David, and Mike plus two grandsons, Jamie and David [...] Local News |  Full Article

A bill signed by Gov. Roy Cooper on Tuesday has authorized funding to restart the Ocracoke-Hatteras passenger ferry service in 2020, which is slated to begin on Friday, July 3. On Wednesday morning, the Ocracoke Express passenger ferry was docked at the Hatteras ferry terminal, and was being inspected by NCDOT personnel to ensure [...] Local News |  Full Article

This is Jupiter, the largest planet in our solar system. It’s the fifth planet from the Sun and about 484 million miles from it. Its diameter is close to 88,000 miles. That makes it about 11 times wider than the Earth. Jupiter is almost entirely composed of hydrogen and helium. The surface temperature of Jupiter [...] Island Features |  Full Article

Dare County is partnering with Mako Medical Laboratories out of Raleigh, N.C., to host a diagnostic and antibody COVID-19 testing event in Buxton on Hatteras Island The event will be held on Thursday, July 9, starting at 10:00 a.m. at the Fessenden Center located at 46830 NC-12, Buxton, N.C. Appointments are required. This event is open to [...] Local News |  Full Article