Don’t be surprised if, during the General Assembly’s closed-door negotiations to craft a new state budget, enterprising reporters manage to pry loose some of the juicy (or gory) details.

Keeping tight security on a process that involves 114 legislators – fully two-thirds of the combined House and Senate roster – won’t be easy. Not to mention that the Republicans who are running the show have actually included a few Democrats!

Perhaps even more to the point, the mega-sized conference committee begins its work with members far apart on many key issues. Nothing has signaled the gulf between House and Senate members as starkly as the House’s unanimous June 23 vote to reject the Senate’s budget version.

Majority Republicans and minority Democrats were united in their dislike of the Senate’s decision to hold spending to a super-cautious 2 percent increase. The House, taking advantage of an improved revenue picture and mindful of a host of deferred needs, had pegged its overall increase at 5 percent. It also had avoided stuffing its budget bill with a raft of policy changes that by all rights should have been considered separately.

Now the two sides will have to grope their way toward common ground. They’ve set a working deadline of Aug. 14, but nobody would be shocked to see the talking – and arguing – drag on toward Labor Day. Then, Republican Gov. Pat McCrory, who’s already ripped one important provision favored by the Senate, will get to decide whether it’s time for a veto. Before things come to that, will someone blink?

McCrory’s criticism was aimed at a Senate plan to alter the distribution of sales tax revenues so as to benefit rural counties at the expense of urban ones – an understandable perspective from the former mayor of Charlotte.

It’s true that an urban county such as Mecklenburg or Wake faces additional expense to support the retail zones where many folks who live in outlying communities do their shopping. So from that standpoint, a sales tax scheme favoring the counties where goods are sold makes sense. It’s also true that rural counties, with little retail and meager property tax bases, can use more money for schools and basic services. Those counties favor tilting sales tax revenues more toward where people live.

Of course, the Senate had a choice. Rather than helping smaller counties at the expense of big ones – which then might be forced to raise property taxes to make up the difference – the Senate could have called a halt to the state’s series of income tax cuts. Then, it could have taken the income tax revenue that it proposes to forgo and channeled it into aid for rural counties in distress.

McCrory didn’t put it that way, but he did say enough with the tax cuts already, or words to that effect. It was another example of how his budget vision is aligned more closely with the House, which wants to leave the personal income tax rate – reduced significantly since Republicans took control in Raleigh – alone for now.

The chief proponent of the sales tax redistribution is Republican Sen. Harry Brown of Jacksonville in Onslow County, a top Senate budget-writer as Appropriations Committee co-chair. Brown’s district also includes ultra-rural Jones County, which he says loses out under the current system. As it happens, a strong opponent of Brown’s plan is one of the chamber’s leaders on tax policy — Sen. Bob Rucho of Matthews in Mecklenburg County, co-chair of the Finance Committee.

Rucho was the only Republican to vote against the Senate budget because, he explained, the sales tax provision was bad for his constituents. That didn’t go down well with the chamber leadership. When President Pro Tem Phil Berger of Eden named budget conferees, he tapped all the other Republican senators except Rucho. (The Senate group’s breakdown: Republicans, 32, Democrats, 0.)

Coincidentally, Rucho is perhaps the most outspoken Senate advocate, along with Berger, of continuing to cut taxes. The idea, echoing theories long popular with conservatives, is that lower taxes are the key to economic growth. On that point, they’ll get an argument from those who think that strong investment in state services, education especially, is even more important. And those investments typically are shortchanged when tax revenues dwindle.

The Senate budget would drop the personal income tax rate from 5.75 percent to 5.5 percent beginning next year. Personal exemptions also would increase, meaning that more low-end earners would escape income taxes altogether. Most taxpayers would get a break – but the state’s General Fund, already strained by previous tax cuts, would have to do without another $800 million or so per year.

That’s the kind of shortage that forces the Senate to call for eliminating the jobs of at least 5,000 teacher assistants as a way to pay for reductions in class sizes for grades K-3. Smaller classes are a worthy goal, but why should it have to come at the expense of assistants who do so much to keep classes running smoothly and give extra help to students who need it?

To cushion the revenue blow from lower income taxes, the Senate budget – in another plan for which Rucho has been head cheerleader – would broaden the sales tax base to cover a range of services. Many North Carolinians, even if their income tax bills had shrunk a bit, doubtless would find themselves saying, “Thanks a bunch!”

Consider that maintenance and repairs on personal property now would be subject to the state’s 4.75 percent general sales tax. What if the transmission in your elderly vehicle gives out and you have to get it fixed because you can’t afford to replace the car? You’d probably end up paying an extra $150 or so. There might not be much left of your income-tax savings.

The sales tax also would be extended, in rather curious fashion, to cover veterinary and pet care bills, and advertising expenses (a dig at those pesky media companies and their ad customers?). In other words, a pet lover with an old car and a business needing a little promotion would stand to take beating.

The 82 House conferees on the budget bill (63 Republicans and 19 Democrats appointed by Speaker Tim Moore of Kings Mountain) can be expected to try to derail the sales tax extension, which wasn’t included in their budget version. If they hold the line against further income tax cuts, in league with McCrory, they’ll be in a better position to work toward a final budget that at least, from the perspective of the N.C. Council of Churches and its allies, doesn’t make matters worse.

What the Council wants to see is a budget that allocates enough money for the state to properly meet its responsibilities – in education, public health, public safety, environmental protection and all the areas vital to residents’ well-being, especially residents disadvantaged by circumstances over which they have little control.

At the same time, that money needs to be raised fairly, meaning that the burden should be spread broadly and with an eye toward who is most able to pay. Targeting folks trying to get by with vintage, repair-prone cars and appliances is one move that hardly passes the test.

( NC Policy Watch is a progressive, nonprofit and non-partisan public policy organization and news outlet dedicated to informing elected officials as they debate important issues and, ultimately, to improving the quality of life for all North Carolinians. Read more commentary at www.ncpolicywatch.com.)

The North Carolina Department of Health and Human Services (NCDHHS) today took action to decrease barriers to COVID-19 testing by issuing a Statewide Standing Order for COVID-19 Diagnostic Testing, as well as a State Health Director Temporary Order on COVID-19 Diagnostic Test Reporting. These actions will help to increase access to testing across the state, [...] Local News |  Full Article

Dare County released the following COVID-19 update for Tuesday, July 7, which details the county’s current 40 active cases, recent testing efforts, and additional community information. The number of positive COVID-19 tests in Dare County is 150, 40 of which are considered active and in home isolation. Of the 150 cases, 82 are residents and [...] Local News |  Full Article

The N.C. Wildlife Resources Commission’s “Operation Dry Water” boating safety campaign over the Fourth of July weekend resulted in 467 contacts with boaters in eastern North Carolina from July 3-5. Of those, patrol officers wrote 39 citations and charged six with boating under the influence. The highest blood-alcohol concentration of the weekend was 0.14, said [...] Local News |  Full Article

July 7, 2020 Re: Outer Banks Chamber Op-Ed regarding Housing Efforts Dear Editor, The Outer Banks Chamber of Commerce was contracted by Dare County from 2017-2020 to handle economic development. Under the contract, the Chamber was charged with finding ways to diversify our local economy and add available year-round jobs to our community. The Chamber [...] Business Briefs |  Full Article

Wright Brothers National Memorial (Memorial) will be closed on Monday, July 13th to complete a pavement preservation project. If weather precludes work on the 13th, the park will be closed on July 14th. During the one day closure, the contractor, Bryant’s Land & Development Industries, Inc. (Burnsville, NC), will apply a fog seal, which is [...] Local News |  Full Article

In cooperation with area municipalities, local businesses, and area locals, Current TV has released the first of a series of PSA’s highlighting why it’s important we all follow North Carolina’s Executive Order to wear a Face Covering in public places. All programs of CURRENT TV are available for streaming on CURRENT TV’s YouTube Channel [...] Community News Brief |  Full Article 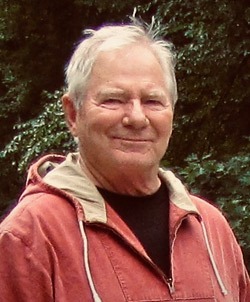