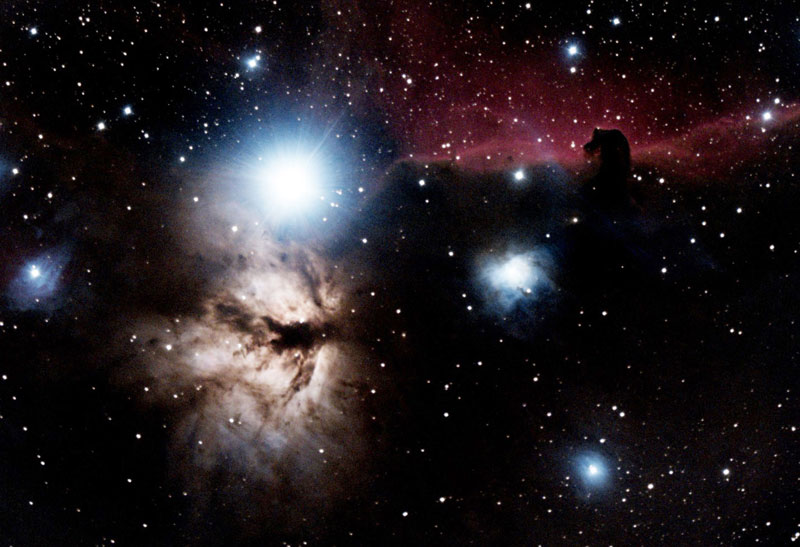 The large, bright nebula in the lower two-thirds of this image is M42, the Orion Nebula. It’s big, about 24 light years across, and bright! With a magnitude of +4, you can spot M42 with your naked eye! M42 is only 1,400 lights years away from us. It’s an area of intense star formation – the closest one to our solar system. Some of its visible stars are very young; only 100,000 years or so! 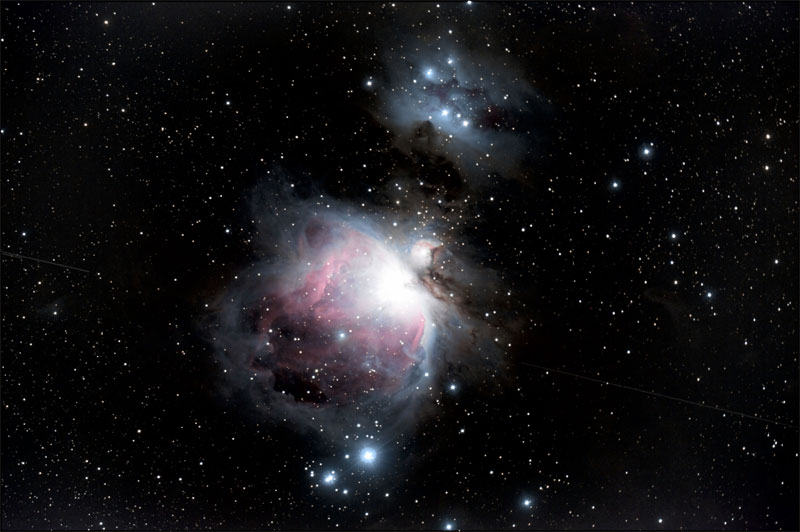 Just above M42 is a beautiful reflection nebula, NGC 1977. It is often called the Running Man Nebula, due to the dark area that is surrounded by three bright stars. NGC 1977 has a magnitude of +7 but is often ignored because of its proximity to M42. It’s about 1,800 light years away.

Uranus, Mars and Neptune will all be in the southwestern evening skies throughout January. Of course, Mars is the only one visible to the naked eye.

Venus will continue being a spectacular morning star throughout January. It will rise at 3:33 a.m. on January 1.

Jupiter will follow Venus at 4:54 a.m. on the first. Saturn will rise at 5:18 a.m., so it should be a pretty good morning to view these three planets.

Don’t mistake the red object near Jupiter for Mars. It’s Antares, a magnitude +1 red super giant star! The name Antares means “Rival of Mars.” I guess the ancient Greeks often found themselves mistaking one for the other.

The Quadrantids Meteor Shower peaks on the night of January 3. This is a major event with up to 120 shooting stars per hour! The action will start around midnight. The meteor shower will come from the NNE. Look a little to the right of the Little Dipper and slightly below Alkaid, (the first star in the handle of the Big Dipper.) The peak of the shower is expected around 5 a.m.