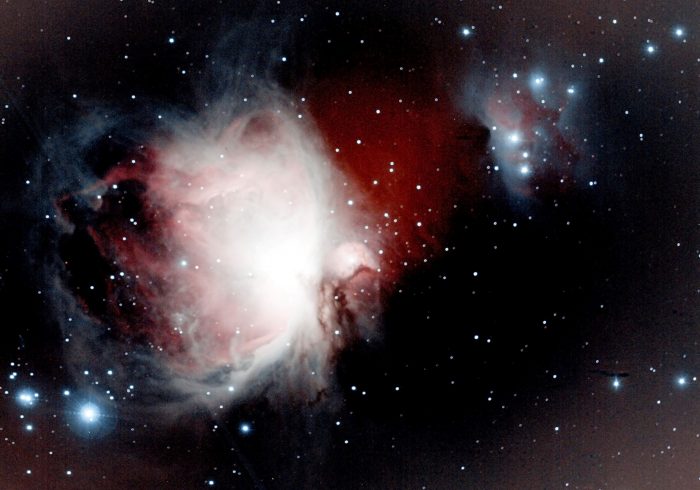 Need Something to do after the Party? Take a Look at the Orion Nebula!

If you walk outside after celebrating New Year’s Eve and look to the south, you should be able to spot M42, the Orion Nebula. With a visual magnitude of +4.0, it is visible to anyone with normal eyesight, (unless it’s cloudy.) Start by finding the constellation Orion. Now shift your attention to the central star in Orion’s sword. It will appear kind of blurry. That blur is the Orion Nebula. It’s about 1,400 light years away from us.

Do you want a little more? Look at the right-most star in Orion’s belt. Do you see anything strange about it? If you do, you’ve got much better eyesight than most of us. Most of us just see the star, but there is a nebula surrounding it! The star is called Alnitak and it’s right between two large emission nebula, the Flame Nebula and the Horse Head Nebula.

The Horsehead Nebula, Barnard 33, isn’t a nebula at all. It’s a patch of black dusk that happens to be shaped like a horse’s head sitting in front of the bright (magnitude +7.3) emission nebula IC434. It’s about 820 light years away from us. It was cataloged by E. E. Barnard in 1913, after being discovered by William Fleming in 1889.

Similarly, the Flame Nebula is composed of a region of black dust in between us and a bright emission nebula. It is cataloged as NGC2024 and is believed to be 820 light years away from us. Its visual magnitude is +10.0. 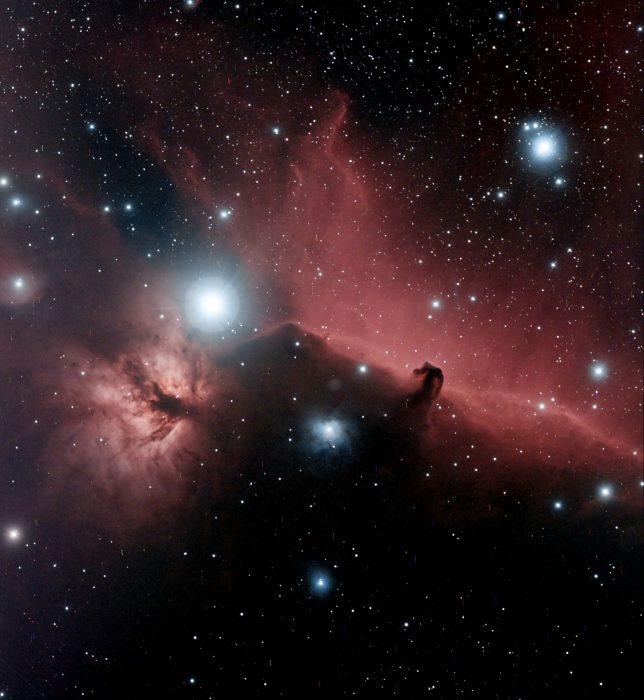 On January 1, all of the planets in the solar system will be in the sky right after sundown. Starting near the western horizon, look for Mercury and Venus. Heading up and to the east, you can see Saturn, Jupiter, and Mars. Mars begins the night about 30° above the eastern horizon. If you add a good pair of binoculars or a small telescope, you’ll also be able to see Neptune and Uranus. Neptune will be between Saturn and Jupiter. Uranus is between Jupiter and Mars.

The Quadranids meteor shower peaks on January 3. They are pretty easy to find, simply look to the north any time after 1 a.m.. The best time for viewing is between 4 and 5 a.m.

The most promising celestial event of January will be comet C/2022 E3 (ZTF). It is expected to be visible with binoculars as early as January 12. By the end of the month, it be about 22 million miles from Earth and hopefully have a magnitude of +5.5. That will make it visible with the naked eye!

C/2022 E3 (ZTF) should be fairly easy to find. On January 12 at 7 p.m., the comet will be about 53° above due north. That puts it about 17° above the North Star, Polaris. You’ll need binoculars and a very clear night to see it. From then until February 1, the comet will get brighter every night.