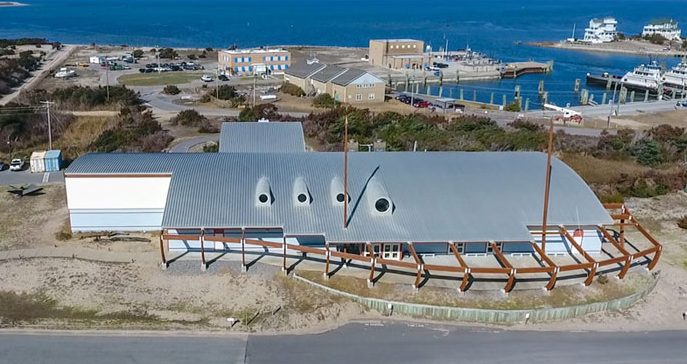 The Graveyard of the Atlantic Museum, located at 59200 Museum Drive in Hatteras, will reopen to the public at noon today. The opening coincides with the restoration of full access to Frisco and Hatteras Village.

The museum closed Sept. 4 in advance of Hurricane Dorian and remained shuttered as access to the area was limited in the storm’s aftermath. The site itself, including its artifacts and exhibits, did not sustain any damage in the storm.

The Graveyard of the Atlantic is the final of the three North Carolina Maritime Museums to reopen to the public. The other two, one each in Southport and Beaufort, also closed Sept. 4 in advance of the storm but resumed normal operations on Sept. 10.

For more information on the Graveyard of the Atlantic, call 252-986-0720 or visit graveyardoftheatlantic.com.

The Graveyard of the Atlantic Museum in Hatteras is named in honor of thousands of shipwrecks that sank off North Carolina’s coast. The museum is dedicated to the preservation and presentation of the state’s coastal culture and maritime history, which includes these shipwrecks, this repository of history. The vessels are the centerpiece of rich relationships to piracy, war, (Revolutionary, Civil and World Wars I and II), lifesaving, commerce and coastal living. It is filled with related artifacts, which include remnants of the earliest known shipwreck found in North Carolina waters, dating to 1650, objects from the USS Monitor, the Queen Anne’s Revenge, and the USS Huron. For more information on the museum, visit www.graveyardoftheatlantic.com.