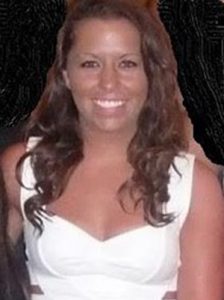 Brandi Ann Lash, 29, died tragically on Labor Day, September 6, 2021, from a boating accident in the water by Hatteras & Ocracoke Islands, NC.  Born on April 7, 1992, in Reston, VA she was the youngest daughter of Leslie and Rick Lash and sister to Brittany and to her deceased oldest sister, Tiffany who sadly died on April 11, 2018.

Brandi attended Broad Run High School in Ashburn Village, Virginia, graduating in 2010.  She was an active student, a 4-year Varsity Cheerleader, a lacrosse player, and a strong supporter to her many friends in all the sports.

Brandi graduated from James Madison University in 2014 with a BS in Information Science.  During the JMU Business Plan Competition (120 teams), she was honored to be on the 1st place winning team along with being the winner of the JMU Accenture Innovative Award for Most Innovative Idea.

After interning at Dynamic Aviation as a Project Management Consultant, Brandi worked as a Business Systems Analyst at CACI International while taking classes at George Mason University.  Brandi transitioned to Team Lead and Business Analyst at Summit2Sea (S2S) where the company’s owner, Laurian Eckle, expressed that Brandi left a positive impression on everyone that had the privilege to know her; that she had a joyful approach to life, embracing team spirit, and was an example of unselfish professionalism. S2S plans to create an annual award, in Brandi’s honor, recognizing core attributes that had made her such a valued and inspirational employee.

After living in Arlington VA, Brandi was weeks away from purchasing her first home with her fiancé, Bradford Oliver, in Round Hill, Virginia.  Brandi, along with so many friends, played softball and kickball, and she was a big fan of all the Washington sports teams.

Anyone who knew Brandi knew of her love for the beach and especially the Outer Banks, where her life was filled with cherished memories with family and friends.  It was on the sandy Kill Devil Hill beach where her beloved Bradford proposed to her on July 24, 2021. This will be remembered by her family as the “Happiest” they had ever seen her.  Brandi and Bradford had also started the planning for their wedding where they had planned to tie the knot a year from her unfortunate death on Labor Day next year, 2022 in OBX.

Brandi is survived by her parents, Leslie Ann Lash and Richard Lee Lash Jr, and her sister, Brittany Lash along with her grandmother Joy Lash, her fiancé, Bradford Oliver, and their cherished “baby”, dog Noley.  She was preceded in death by her sister, Tiffany Lash, her paternal grandfather Richard Lee Lash Sr., and her maternal grandparents Margaret Elizabeth (Bittenbender) Hampton and Robert Knight Hampton.

In lieu of flowers, the family prefers donations to the Brandi Lash Memorial Fund. Donations can be made online at www.brandilashmemorialfund.com, via Venmo @BrandiMemorialFund, or by check to Leslie Lash. Contributions will be used to support charities Brandi was passionate about, including Headway Foundation, founded by her cousin (“like a sister, Paige Decker”), which supports concussion recovery, and Shatterproof which supports recovery from addiction, the cause of her older sister’s death.