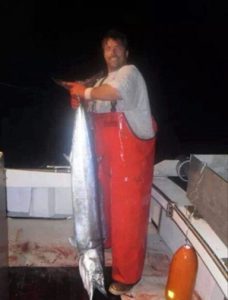 A commercial fisherman, Carl was known as “Mr. Fix-It”. He was often described as dramatic and the life of the party but most importantly he was a loving father and husband.

In addition to his father, he was preceded in death by a brother, Troy Clever.

A celebration of his life will be held at 2:00 pm on Sunday, September 20, 2020 at Ramp 55 in Hatteras. Immediately following the service, the family will receive friends and relatives for a reception at the Hatteras Civic Center.